This week, Raiders Media will be profiling the contenders for each position within the club's ranks. First up are the talented candidates vying for the fullback role.

Anthony Milford made his debut in Round 5 last year however his season really clicked into gear when he was thrust into the fullback role in Round 17.

Milford’s impact was so great in the number one jersey that he finished the year with the Mal Meninga Medal hung around his neck at the club’s presentation night.

The 19 year olds brilliant debut year also saw him catapult himself into the fullback role for the Samoan national side at the World Cup. Milford proved to be one of the stars of the tournament for Samoa where his individual attacking brilliance shone brightly from the back and he was instrumental in victories over France and Papua New Guinea

Milford grew up playing in the halves however playing fullback enables him the freedom to display his electric speed, dazzling footwork and instinctive individual brilliance without the responsibility of guiding the team around the park.

Upon returning to pre-season training Milford stated that he wishes to return to the custodian role for the Raiders in 2014 however with Sam Williams gone to the Dragons, Josh McCrone potentially shifting permanently to hooker and young Mitch Cornish unproven in the top grade, Milford may find himself playing in the halves alongside Terry Campese.

Wherever Coach Ricky Stuart decides to play Milford in 2014 remains to be seen although regardless of the position he plays in, Milford will again prove to be a dangerous attacking player for the Raiders.

Whilst the quietly spoken Robinson is the consummate team player it is no secret that he loves playing fullback.

Previously, the 2013 Indigenous All Star had only filled in at fullback when Josh Dugan had been injured and such was his form at fullback in the role that many questioned whether Dugan should in fact return to the role and pondered that he perhaps play in another position.

Robinson didn’t take long to prove his worth as a match winner in the custodian role in 2013.

In round three against arch rivals the St George Illawarra Dragons, Robinson’s magic enabled the Raiders to register their first win of the season.

After having previously scored two tries earlier in the match, Robison broke free off a kick return in the 77th minute and raced 75 metres before wrong footing Dragons fullback Gerard Beale and sending Jarrod Croker away for the try that sealed the win.

Robinson filled the fullback role admirably for the majority of the year until Coach David Furner decided that his side needed a fresh injection from the back and shifted Milford to the number one jumper.

The 26 year old has enjoyed an outstanding pre-season so far and is currently ranked among the fittest members of the squad. With his numbers down from the brilliant form he showed in 2012, Robinson is striving hard to return to his best this season.

If Stuart does elect to play Milford in the halves in 2014 a strong factor in his decision will be that he has the luxury of having the option to play Robinson at fullback.

Wherever Robinson plays for the Green Machine it is without question that he is a proven match winner and a vital ingredient in the club's line-up.

Whilst the fullback role appears to be a two-horse race between Milford or Robinson, the name of Jack Ahearn can also be thrown into the mix.

Ahearn, a local junior from the Valley Dragons, has graduated through to the Raiders NRL squad after being one of the stars of the club’s NYC side since 2011.

The 20 year old is an incredibly safe custodian, an evasive ball runner and an opportunistic support player. Ahearn is also a naturally talented ball distributer and is able to play up in the front line at five-eighth with ease.

After leading the NYC side to the Grand Final in 2012, Ahearn was again pivotal in Canberra’s successful season in 2013 where they finished one game shy of the Grand Final. He capped off his marvellous season by being named as fullback in the Junior Kangaroos side which defeated the Junior Kiwis at seasons’ end.

Whilst Ahearn is likely to feature in the NSW Cup with Mounties for the majority of the year, Raiders fans should not be surprised to see this highly promising prospect blooded at some stage throughout the year if his form warrants it.

Cronin has predominantly been training in the hooking role over the pre-season however due to his tremendous utility value he can also fill in at fullback if the opportunity arises.

The Souths Logan junior has been a part of the Raiders NRL squad for two years now after graduating from the 2012 NYC side which finished as runners up.

Cronin possesses sublime ball skills and an elusive running game that entail he is capable of playing anywhere in the backline however his toughness in defence also means that he is able to slot into hooker with ease.

The 21 year old is aiming to make his first grade debut in 2014 and although the coaching staff sees his future in the number nine jersey, he is still a more than capable option at fullback if injury is to decimate the club’s ranks. 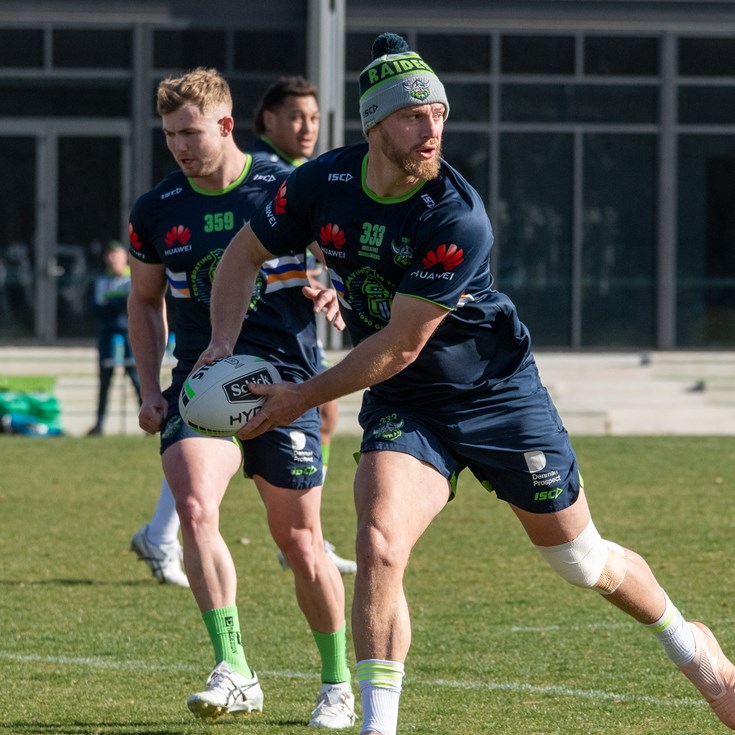 Sponsored By Hart Sport 38 mins ago

Sponsored By Zango 2 hours ago

Sponsored By OAC Digital 5 hours ago