The Canberra Raiders have finalised their team line-up for the club’s first trial match of the year against the Melbourne Storm this Saturday at AAMI Park. Kick off for the trial has been put back to 6:30pm due to the likelihood of the heat.

Raiders Coach Ricky Stuart has elected to combine a mix of exciting youngsters and seasoned campaigners for the trial.

Emerging talents that have graduated from the NYC such as Jack Ahearn, Jeremy Hawkins, Brenko Lee and Jeff Lynch will feature in the trial along with current NYC stars Luke Bateman, Andrew Heffernan and Tevita Pangai Junior, after the trio trained with the top squad over the pre-season.

Many eyes will centre on the new-look scrum base combination of Jack Wighton and Mitch Cornish. The duo are highly promising prospects and now have their chance to not only reunite their NYC combination, but push their case for a permanent spot in the top grade.

Cornish and Wighton will be aided by the selection of the experienced Josh McCrone at hooker.

Raiders fans will also be anticipating the form of new recruit Lagi Setu who faces will his old side. Setu will start in the second-row and look to impress Stuart by displaying his dominance over the likes of Kevin Proctor and Tohu Harris.

Another interesting aspect of the trial will be Jarrad Kennedy coming up against his younger brother Rhys. Knowing his competitive nature, Jarrad will be doing all he can to retain the household bragging rights.

Here is how both teams will line-up for the trial: 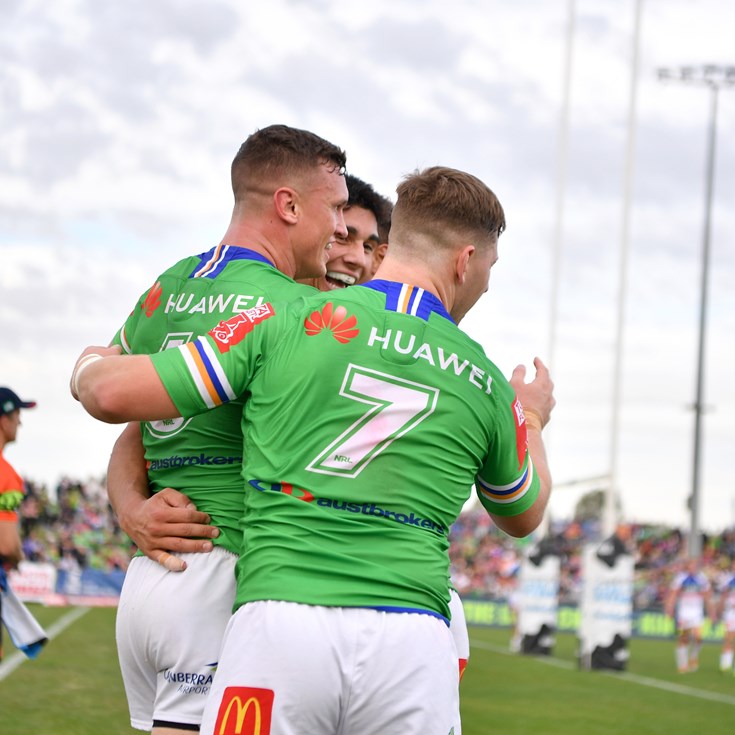