A solid win against the West Tigers gave the Canberra Raiders Holden Cup side back-to-back wins for the first time this season.

Now, the Green Machine will be looking to make it a hat-trick of wins in a row when they take on the South Sydney Rabbitohs.

Whilst the losses of Lachlan Lewis and Lachlan Croker have been a big blow to the team, the young side is managing to grind out wins each week, most notably last week’s effort at Leichardt Oval.

A player who has stepped up in recent weeks is Zac Woolford and he says the team is in a good place mentally at the moment.

“It’s about our attitude in defence," Woolford said. "We set a goal at the start of the year that we only want to let in a maximum 24 points a game.

"At the beginning of the year there were a few blowouts, but we put down our improvement to our defensive Coach Brett White and the hard work we've done with him. He’s got us all really wanting to defend our line and we’ve taken some real pride in doing so."

Whilst the side has been performing without the halves combination of Croker and Lewis, Woolford admits it hasn’t been easy being a leader within the side.

“It’s been a bit of a balancing act really, trying to get us around the park and keeping a cool head, but at the same time is a learning curve for me and I'm enjoying the challenge."

The Canberra Raiders are currently sitting 6th on the ladder and will be facing a South Sydney outfit situated in 14th place, but Woolford expects them to bring a challenging game of football on the day.

“Normally when you play the Rabbitohs they play expansive footy, but they are also really well drilled," he said.

"They don’t make a lot of errors and they do exactly what you expect them to do. So to beat them you have to play an error free game, hold the footy and get to your kicks. It’s a bit cliché but that’s what you have to do against South Sydney”.

The side travelling up to Erskinville Oval is a reshuffled one with Tevita Pangai Junior returning from suspension and Luke Bateman returning after a stint with the NRL side last weekend.

With the return of the experienced captain Bateman and the firepower Tevita brings to the field the side can only strengthen heading into the match. 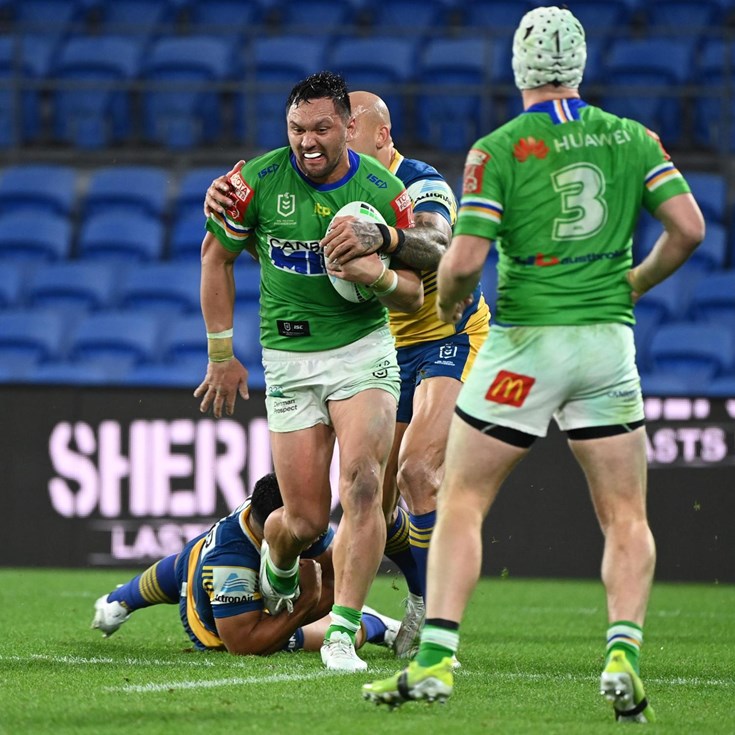