2015 has tested Raiders fans like rarely before. Fans have seen so much promise this year, yet we just cannot get over the final hurdle in the tight ones.

Last week’s close loss to Manly was the icing on what has been a frustrating 2015 cake.

A fruit cake if you will.  Cakes should be delicious. Fruit cakes leave you wanting a bit more sweetness.

But there is light at the end of the tunnel.

The Raiders have the makings of what should be a fantastic side.

For whatever reason, it’s just not coming together.

There were periods in last week’s loss and indeed the 2015 season, where the Raiders have been unstoppable.

And then something clicks and the game doesn’t necessarily fall apart but it’s like another Raiders side takes over.

And it leaves the fans and players themselves horribly disappointed.

Make no mistake, this Raiders side desperately wants to win.

They want to send fans home happy and make away fans miserable.

You can see it in their style of play.

Mistakes aren’t being made because the players don’t care.

If anything, perhaps it’s a case of wanting it too much.

Pushing plays beyond what’s necessary in a bid to win big matches and reward a very loyal fan base.

But it’s in trying too hard that it’s unfortunately unravelled in 2015.

Speaking to fans on the way out of the Manly match, it was said that perhaps it’s easier to constantly get beaten by 30 than it is to keep finding a way to lose by one or two points.

While there’s some merit in that, I have to disagree.

I’d much rather see games lost by two points by a team that overplayed its hand, than watch my side lose by 30 because they either gave up or just weren’t up to scratch.

Yes it’s incredibly frustrating and the loss leaves us with a whole lot of what ifs.

Looking at the big picture, Raiders fans should be very optimistic.

We don’t just have a competitive side, we have one of the best teams in the competition.

It might not be coming together yet as far as results go, but it will come together.

Our future looks brighter than it has in such a long time and I am proud of where the boys have come from last year and where they are going.

Raiders fans have been through thick and thin and if there’s a resilient enough fan base to come out of this smiling, it’s the Raiders fan base.

Chins up and let’s take it out on the Titans this weekend. This club is on the up and up Raiders fans will be smiling again soon enough. 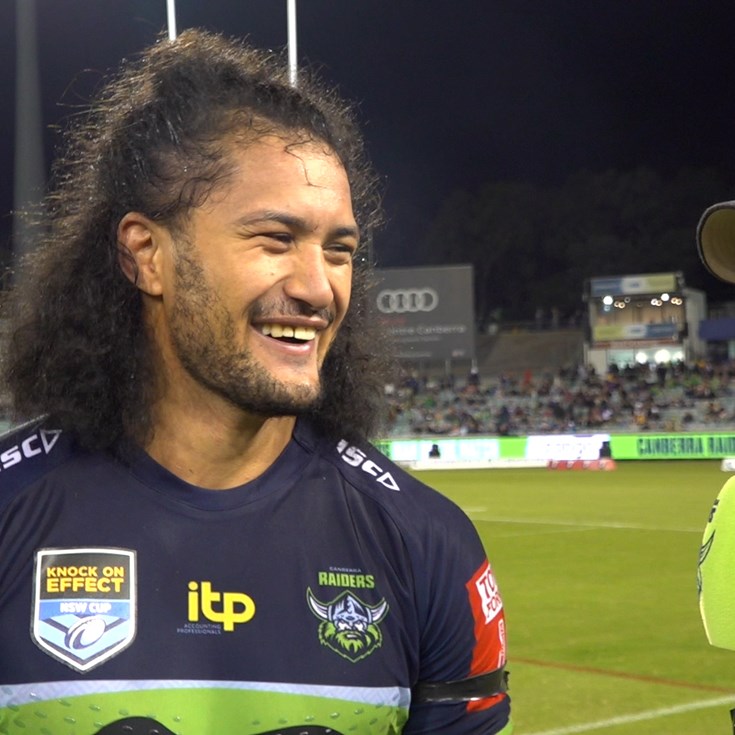