Canberra Raiders forward Sia Soliola has capped off a huge first year at the club, by winning the Meninga Medal for the Raiders best player in 2015.

Soliola missed the last five matches of the season through a cheekbone injury, but had polled enough votes (24) earlier in the season to hold out all contenders, finishing three points clear of Jack Wighton who polled 21 votes and Josh Hodgson who received 15.

The Meninga Medal is awarded annually to the NRL’s best player and is voted on by the players and football staff after each match on a 3-2-1 basis.

Soliola collected man of the match honours and three points in the voting in five matches this season, with Jack Wighton picking up three points on four occasions.

In other NRL honours, Wighton was awarded the NRL Coaches award, while Luke Bateman collected the rookie of the year for the clubs best new face in in 2015.

The Fred Daly Clubman of the year was awarded to Steve Babic for his contributions to the club both on and off the field, with the Geoff Caldwell Welfare & Education award given to Lachlan Lewis for his excellent results studying Engineering at the Australian National University.

The NYC Players player was awarded to Tevita Pangai Junior for an outstanding season in the NYC team, with the ultra-consistent Thomas Cronan receiving the NYC Coaches award.

Tre Williams rounded out the awards on the night, as he was named the Gordon McLucas trophy for the junior representative player of the year, following his selection in the Australian Schoolboys team. 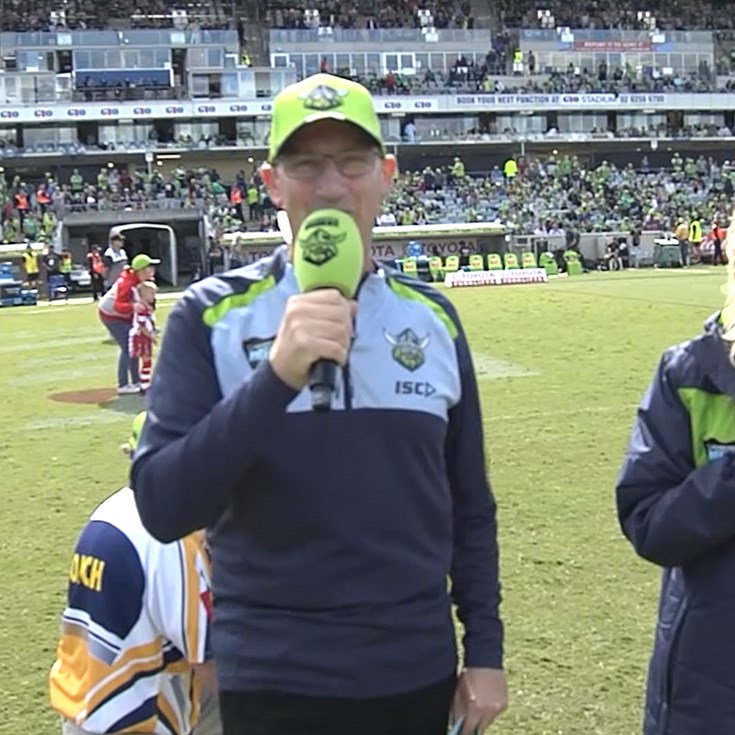 Gallery: Around the ground