Joining the Raiders at the back end of the 2015 pre-season, Nuuausala was brought into the Raiders side for his experience and leadership.

A premiership player with the Roosters, Nuuausala arrived with plenty of experience and was vital to helping with the development of the Raiders younger props such as Paul Vaughan and Shannon Boyd. When Dane Tilse departed mid-season even more responsibility fell on the shoulders of Frank-Paul, with he and David Shillington the senior members of the Raiders front row rotation.

Nuuausala also had the chance to reunite with his lifelong friend Sia Soliola during the season, with the pair playing a mentoring role to the Raiders younger Polynesian players. Josh Papalii in particular has benefitted from having the likes of Nuuausala and Soliola at the club and will continue to seek advice from his experienced team mates.

Nuuausala’s best two on field performances for the season came in back to back road wins, with the wrecking ball picking up back to back man of the match honours in round seven and eight with starring performances against the Tigers and Rabbitohs.

Want to find out more about 2016 Membership? Visit www.weareraiders.com.au

His try against the Tigers came from the benefit of some hard running on Nuuausala’s part, combined with some sleight of hand from Kurt Baptiste, to score a crucial try early in the second half and continue a huge comeback for the team from 22-0 down to win 30-22.

He backed up this performance with another man of the match effort in Cairns against the Rabbitohs, where he was awarded the ANZAC medal for the player of the match over the special ANZAC day weekend of matches.

2016 shapes up to be a big season for Nuuausala, as he will be called upon even more by Coach Ricky Stuart and the Raiders forward pack will need his leadership and go forward. 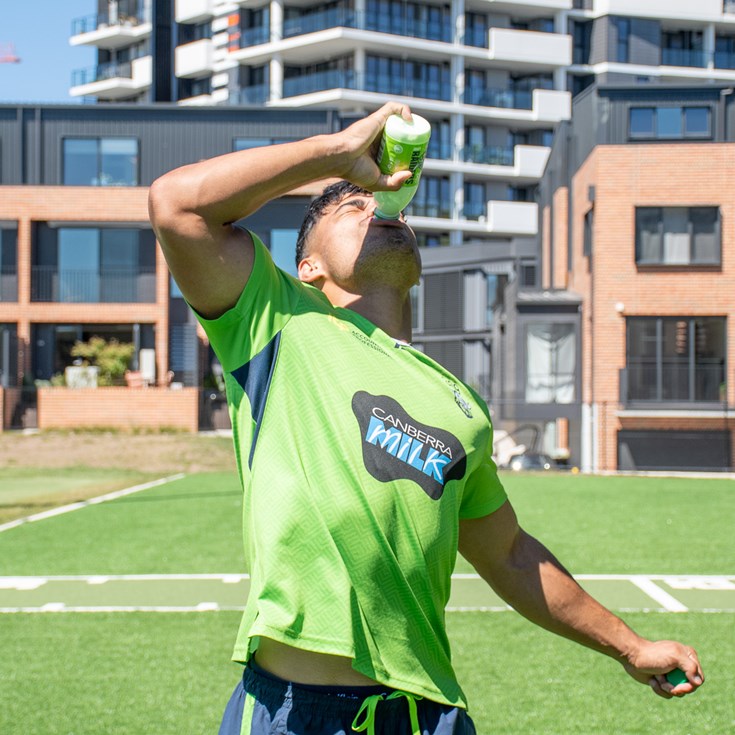 Presented By Complete Cut 2 days ago