With the Rugby Union and Rugby League seasons set to get underway shortly, the ACT Government has announced that the prices of popular food items at GIO Stadium will be reduced in 2016.

We know that the price of food at GIO stadium can be a restricting factor for many families coming out and supporting our local teams on a regular basis, so starting at tonight’s game between the Brumbies and the Hurricanes food prices will come down. 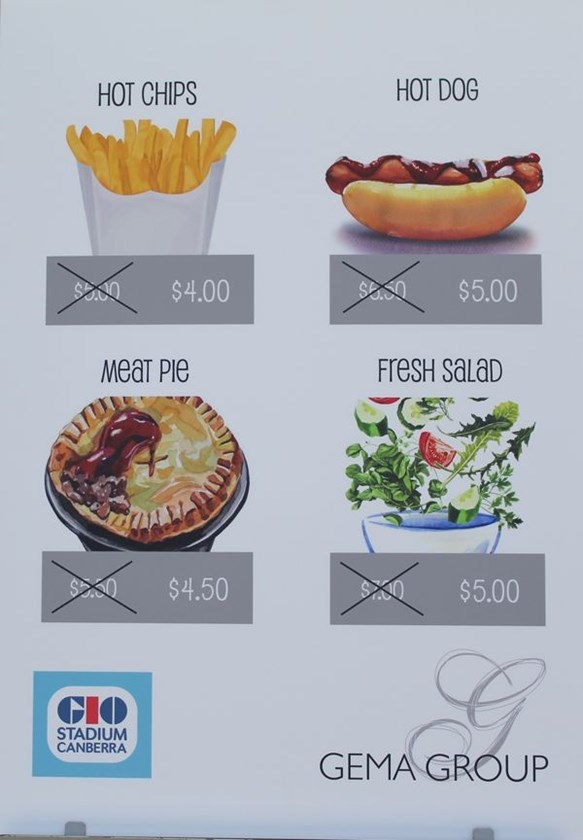 To support the Raiders and the Brumbies in 2016, the ACT Government has worked closely with the stadium’s master caterer, Gema Catering, to make reduced food prices possible.

There will be changes to concession outlets, with new food options including a new Mexican food outlet. For Brumbies games, a new pop-up food and beverage stall known as The Slab will be available and Raiders’ fans will also get to enjoy additional offerings. These initiatives are all designed to improve the game day experience for local footy fans.

We have also introduced new flags and signage at the Stadium to encourage fans to ‘show their true colours’ on game days.

Nothing beats the live experience of football and over the years, Canberrans have shown they are tough by supporting their teams through all sorts of weather. In 2016, we want to encourage football fans to continue to watch their team from the stands at GIO Stadium and not from the couch.

Tickets are now on sale for all Canberra Raiders 2016 home games! CLICK HERE to get in early and buy your tickets before February 28 to save!

Presented By IRSO Recruitment 27 mins ago

Presented By Denman Prospect 4 hours ago
03:13