The Raiders head into uncharted territory when they take on the Warriors for the first ever NRL game at Yarrow Stadium, New Plymouth.

We’ve put together a list of five (+one extra) things we can’t wait to see as the boys travel across the ditch to take on an exciting and unpredictable Warriors team.

What do you think? Is there anything else you can’t wait to see this weekend? Head over to our Facebook page and let us know!

Bateman in the starting line-up

Luke Bateman will take his place in the starting side for the first time in his career after a string of solid performances to start 2016.

Shaun Fensom has fallen out of the side with a shoulder injury, giving Bateman his chance in Ricky Stuart’s starting thirteen after he racked up 40 tackles in 44 minutes on Thursday night.

Bateman, who has expressed his desire to be a regular in the NRL side, will be one to keep an eye on this weekend as the Raiders look to cement a spot inside the top eight.

Sure, it’s an away game for the Green Machine. But you can rest assured that two-time Junior Kiwis representative Joseph Tapine will feel right at home.

Wellington-born Tapine will have a number of family members filing in to Yarrow Stadium, with relatives making the trek from Wellington and Auckland to cheer on the Green Machine.

Aidan Sezer gets his chance to prove himself against one of the most exciting players in the game this Saturday when he lines up against Golden Boot winner Shaun Johnson.

Arguably the best half on the paddock in the City vs Country clash, Sezer has another chance to push his representative claims with a big performance this weekend against the lethal Warriors number seven.

Each of Canberra’s back five players ran for at least 150 metres against St George Illawarra in Thursday night’s thriller.

The lethal right edge stole the show, as Jordan Rapana amassed 237 metres from 21 carries, while Joey Leilua charged for 200 metres in his 21 carries.

The club’s new leading point scorer Jarrod Croker ran for 150 metres, with his outside man Edrick Lee charging for 213m. Jack Wighton registered 230 metres at the back.

Expect these five men to have a big influence this Saturday against an exciting Warriors backline.

English international Elliott Whitehead has told his teammates to continue to back themselves with the ball in hand, suggesting this one could be one for the ages.

Two of the most unpredictable sides in the competition, Canberra and the Warriors certainly aren’t suffering from a shortage of attacking flair.

The exciting right-edge combination of Leilua and Rapana is shaping up to be a handful for the Warriors, with the two producing some of the best plays by the Raiders in 2016.

The 33 year old veteran of the Raiders team makes his return on Saturday. Jeff Lima has been out since round four with a hand injury and the Raiders have missed his energy and impact off the bench.

Surprising many pundits with his explosive start to the season, Lima will bring much needed experience to the Raiders forward pack that will be missing Shaun Fensom and Sia Soliola.

GALLERY: RAIDERS STRETCH OUT BEFORE JETTING OFF 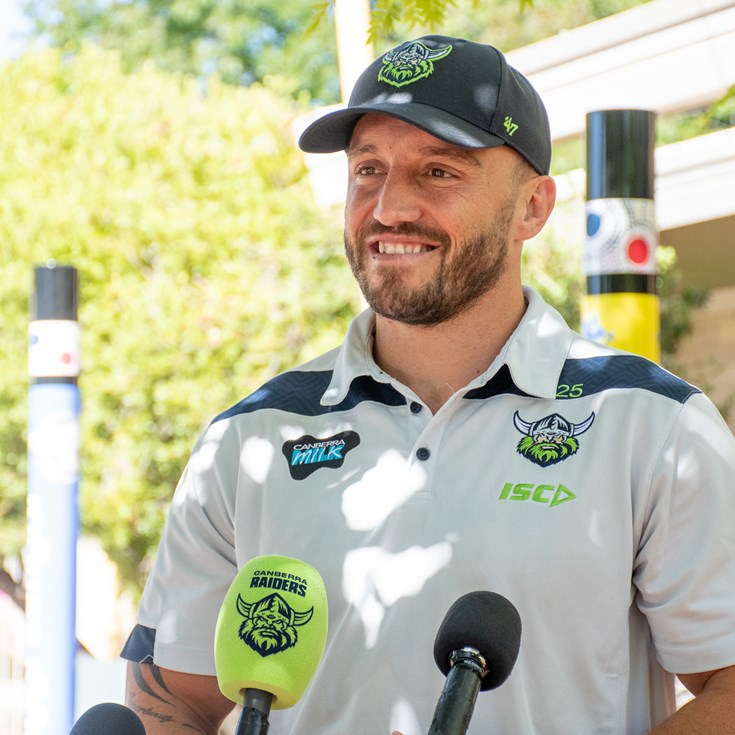