The night of nights for Canberra Raiders juniors was held last night at Raiders Belconnen. NRL players Lachlan Croker, Brenko Lee and Clay Priest were on hand to help with the presentations and impart some wisdom onto the future stars.

Each player from Harold Matthews (U16's) and SG Ball (U18's) were presented with their numbered Raiders jersey from the season, with the end of season awards also being presented.

Harold Matthews (U16's) had a very promising regular season to finish seventh, before eventually bowing out to Penrith Panthers in the first week of the finals.

Kristian Jensen took home the coach's award after a strong and consistent season. An impressive season by John Veloudos saw him presented with the most improved award. 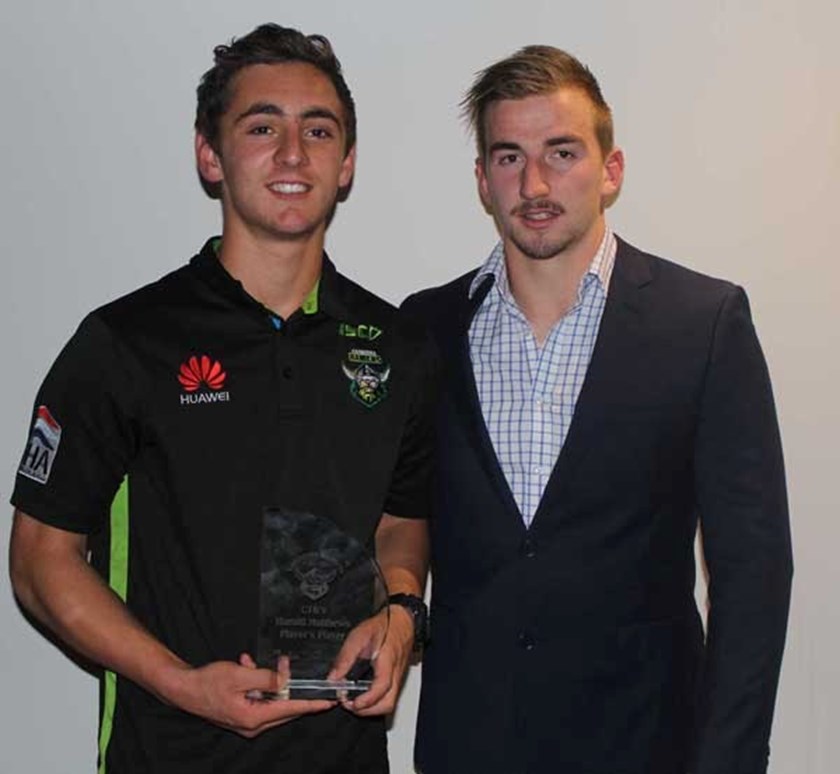 Matthew Dragisic was choosen as player's player but was unable to make the presentation night, as he is currently in camp with the U16's NSW team in preparation for U16's Origin tonight. CLICK HERE for an interview with Dragisic.

The Raiders SG Ball team finished the season in ninth place, just missing out on the finals.

Sebastian Kris, who made his debut for the Raiders NYC team two weeks ago, was chosen for the coach's award. Kris unfortunately had to miss the presentation night to undergo scans on an ankle injury that occurred during Sunday's NYC win over the Bulldogs.

Ahead of his debut for the Raiders NYC team on Friday night, Daniel Keir was picked for the most improved award. The SG Ball team voted for Andre Niko as the player's player. Niko was an influential member of the SG Ball team at fullback, and has now been fast-tracked into the Raiders NYC team. GALLERY FROM THE PRESENTATION NIGHT