It’s just about the most exciting time of the year for a footy fan, and there is no shortage of Canberra Raiders stars that have taken part in rugby league’s crown jewel.

We’ve picked our top ten State of Origin stars. What do you think? Head over to our Facebook page and let us know!

A vital cog in the Green Machine’s golden era, Coyne built up a reputation as a damaging impact player coming off the bench throughout his representative career. An underrated quantity, Coyne’s first Origin series was a 3-0 whitewash in favour of the Maroons.

Ah, the brick with eyes. One of the game’s most formidable forwards, Lazarus forged a successful career with the Blues as the mainstay of the side’s engine room. Though only at Canberra for two years of his Origin career, there is no denying his legacy in both the green and blue jerseys. Furner was somewhat of a lucky charm for the Blues, losing just one game throughout his entire Origin career. Furner played a starring role in two Origin clean sweeps for the Blues in 1996 and 2000. Furner – alongside a number of his Raiders teammates – also played a role in New South Wales’ 1997’s Super League Tri-Series clean sweep. 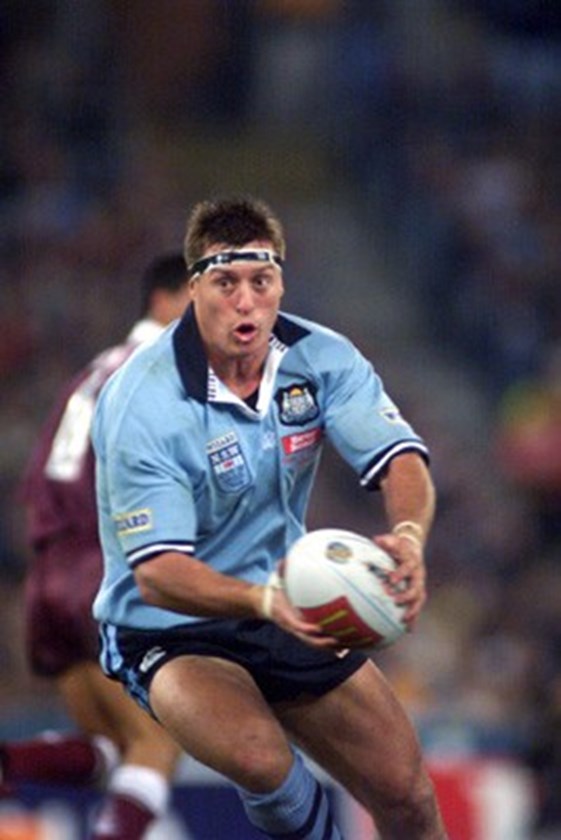 Shillington’s representative career took flight as soon as he landed in the nation’s capital, with the front-row forward turning out for both Queensland and Australia. Shillington was a key part of Queensland’s dominance in the Origin arena, donning the maroon eight times as he took part in four series victories. A brilliant defender with a remarkable work rate, Clyde was a key figure in New South Wales’ dominant run in the early nineties. Clyde was one of the first picked every time when the New South Wales selectors met, such was his impact in the unforgiving spectacle that is State of Origin. The Queensland custodian enjoyed three series victories with the Maroons from 1987 to 1989, starring in two clean sweeps in the process. Belcher’s efforts in the Queensland jumper eventually saw him rewarded with Australian honours. Walters pulled on the Queensland jumper fourteen times during his time at the Raiders, before coming up against his former club teammates in the Super League series of 1997. Walters started every one of his Origin appearances in the number nine jumper, and always proved a handful for New South Wales. The current Raiders coach donned the New South Wales number seven jersey fourteen times in five years, orchestrating four series wins. Stacked with Raiders stars, the Blues side of the early nineties proved near unstoppable with Stuart steering the ship. Stuart was named Man of the Match three times in the Origin arena. Whether he was playing at five-eighth or centre, ‘Loz’ saved some of his best performances for the sky blue jumper. Daley helped the Blues to seven series wins, captaining the famous three-peat of 1992-94 and the Super League series victory in 1997.

Now boasting the most important job in New South Wales, Daley coached the Blues to their first series win in almost a decade in 2014. 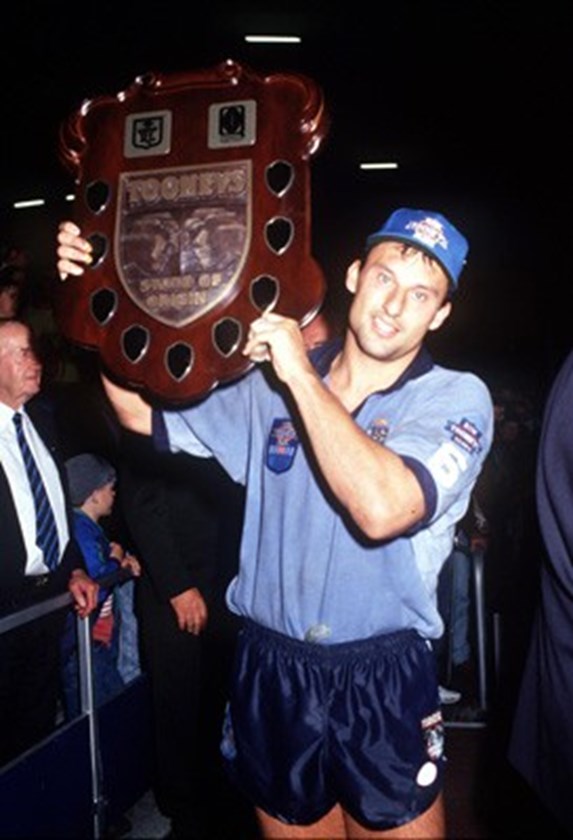 There is no question. Big Mal was our biggest star in the Origin arena. The 32-game veteran held the record for most points in State of Origin football (161), and it was Meninga’s boot that won Queensland the first ever State of Origin clash in 1980 as he nailed seven goals from as many attempts. A former Queensland captain, images of Meninga in maroon are etched into Origin folklore.

He also went on to forge a remarkably successful career as Queensland’s coach, leading the Maroons to nine series wins in ten years.