With a finals spot assured, the Raider U20's will be out to keep their confidence and momentum high when they battle the Wests Tigers on Sunday morning at Leichhardt Oval.

Coach Brett White was pleased to lock away a finals spot last weekend in the huge 56-22 win over Manly.

"The second-half of the year has been really strong for us. The team have worked really hard and it's good to see them get that finals spot locked away a week early," White said.

"It's a really good reward for the boys and their hard work in the back half of the year."

If the results go the Raiders way this weekend, a victory over the Tigers could see the young green machine rise as high as sixth on the ladder. The Tigers will also have plenty to play for, knocking on the door of a top four spot if results are favourable.

The goal for Sunday according to White is to make sure the team keep their confidence high and maintain their momentum heading into the Finals.

"The really big focus this weekend is to ensure our confidence and momentum is kept high going into the finals," White said.

"There's a few things we want to get better and improve on before the finals."

White has opted to make a few changes to the team for Sunday's game. Thomas Cronan moves to fullback, shifting Harry Van Dartel to the wing. William Samuel has been named in the starting team at prop, with Kye Madden moving to lock and Jarred Tuite to the bench. Daniel Dole also returns to the team and will start in the front row.

The Wests Tigers staged a miraculous last-minute comeback to salvage a point against the New Zealand Warriors last weekend. Esan Marsters will be a key-man for the Raiders to shut down on Sunday, with the powerful second-rower having tallied 39 offloads so far this season.

The match kicks off at 11.45am on Sunday morning and is live on Fox Sports Channel 501. Live updates will also be on the Raiders Twitter. 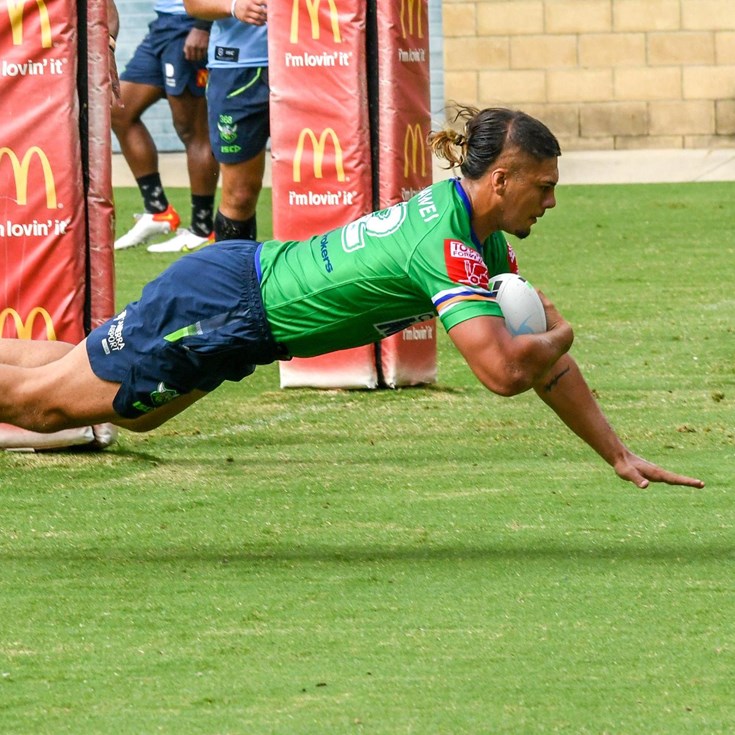