That’s nine in a row and the win streak keeps on keeping on!

Not that last week’s win is one for the archives. It had the appearance of a classic, get in, get the two points, get out game.

The Raiders attack was doing it oh so easy against the Manly defence and it was clear the Raiders had more points in them.

It looked like the Raiders could’ve piled on 60 plus points if they wanted. Points were no issue.

Defence is what would’ve had green machine fans just a little concerned at times.

Had the boys employed the defensive ability shown against the Storm and Sharks, the score probably would’ve been closer to 60-0 or thereabouts.

But two points is two points. Regardless of the score, the boys came, they saw, they conquered.

Now a potentially much more important task is at hand. This weekend may present the opportunity of a play for second place and a final at GIO Stadium.

Should the Melbourne Storm take down the Sharks this weekend, a top two Raiders finish is a possibility with a Raiders win over the Tigers.

And what a sweet result it would be after young Jack Bird’s comments this week? In his wisdom, he argued if the Sharks would have to play their first round home final in Sydney’s bigger stadiums, so should the Raiders.

Petty sarcasm aside, wouldn’t it be incredible to host a final at GIO Stadium?

Without doubt, the ground would be packed, the atmosphere incredible, and who wouldn’t want to get reacquainted with the Viking Clap? It’s the kind of thing fans dream of.

But of course, all of that relies on the Storm beating the Sharks, which is no guarantee. If our boys have to travel to Sydney come week 1, we travel to Sydney.  Home or away, we should be confident.

All of that is getting ahead of ourselves though. This Sunday’s game against the Tigers is by no means a gimme.

The Tigers have it all to play for and at their spiritual Leichhardt Oval. A win for them means potential finals time. A loss means an early trip to Bali.

So let’s crush some dreams, take control of our own, and send them to a tropical paradise! Well, paradise is debatable.

In any case, if you’re a Raiders fan in the area, I hope you can get to Leichhardt and make your voice heard.

Whether we’re playing for a spot in the two or not, let’s keep the momentum going into the finals! Go Raiders! 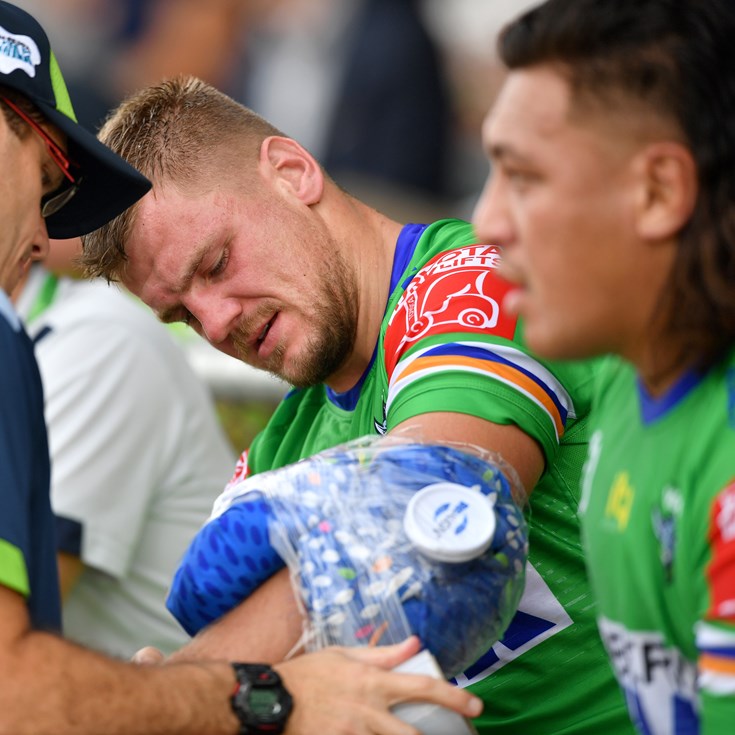 Presented By Blumers 17 hours ago

Play of the Week: Scott changes the momentum

Seb Kris delivers for Canberra in season that almost never was

Presented By Canberra Imaging 3 days ago