The Raiders are set to be boosted by the return of captain Jarrod Croker and the debut of Dave Taylor as they hunt their first win of the season against the Tigers on Sunday afternoon.

Croker will don Raiders colours for the first time this season after dislocating his left kneecap in last month’s NRL All Stars match, with the 26-year-old set to slot back into left-centre and push Elliott Whitehead to the second-row.

Meanwhile, front-rower Junior Paulo is relishing the thought of Taylor making his debut in the Green Machine’s clash at GIO Stadium.

“I think every team bases their team around the intimidation side of things, and with Dave coming in I’m sure that brings a lot of power coming off the bench,” Paulo said.

Further boosting the Raiders outfit is the return from suspension of prop Clay Priest, who was a standout for the Raiders in Round 1.

Having both suffered heavy losses in Round 2, Sunday’s fixture fares as a contest with plenty at stake.

The Tigers will be looking to bounce back from a 36-2 demolition at the hands of a rampant Panthers outfit, while the men in green have their eyes set on making amends for their 42-16 loss to the Sharks.

Priest said the Raiders are intent on returning to winning ways for the Canberra faithful.

“We just want to put that behind us and really capitalise on the areas that weren’t up to scratch last week and put on a great performance for not only ourselves but for our fans.”

The Raiders will be looking to tilt the penalty count back in their favour, hold onto more ball, and exert a stronger defensive effort against the visitors.

The Raiders racked up a cricket score in their most recent encounter with the Tigers, running away with a 52-10 win in the final round of the 2016 regular season at Leichardt Oval.

The clash started in dire straits for the hosts, the Tigers booting the kick-off dead on the full before the Raiders crossed for five first-half tries to head into the sheds leading 30-4.

The one-way traffic continued in the second half as the visitors stormed to their 10th successive win.

The Raiders also notched a half-century of points in their Round 8 clash with the Tigers, recording a thumping 60-6 victory at home.

Watch highlights from the last time the two sides met in the video below. 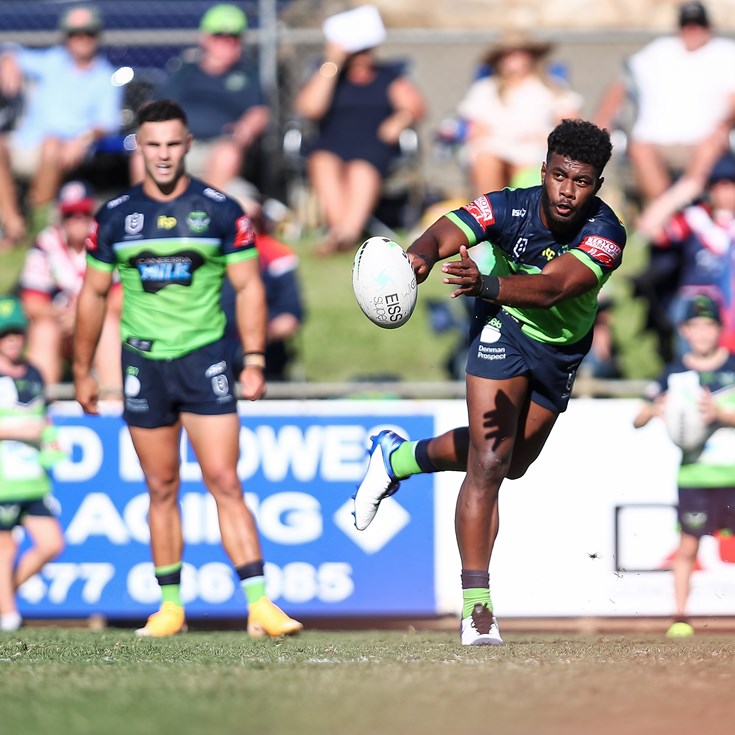 Presented By Specsavers 31 mins ago
Updated

Presented By Complete Cut 5 hours ago