The Canberra Raiders will be looking to grab their first away win of the season when they travel up to the Gold Coast to take on the Titans.

We’ve taken a look at the five things we can't wait to see at Cbus Super Stadium on Saturday.

It’s come full circle for Joey Leilua who will notch his 150th NRL game this Saturday against the team he debuted against seven years ago.

After a slow start to the season compared to his blistering form of 2016, Leilua has been showing signs of improvement in the past couple of weeks. Watch out for a huge game from Leilua on Saturday at Cbus Super Stadium, especially since him and Jordan Rapana will be paired against the Titans combination of Dale Copley and Anthony Don who haven't played a game together.

'Leipana' will also welcome back their right-edge partner Elliott Whitehead for the game, who returns from a one-match suspension.

The Titans are the walking wounded at the moment with a host of players injured, including big names Jarryd Hayne, Nathan Peats and Tyrone Roberts.

Despite the injury woes, the Titans have been playing solid footy to start the season and went very close to knocking off the Cowboys and Warriors.

On paper, the Raiders should easily beat the Titans on Saturday, but sport rarely plays out according to the script. A youthful and confident Titans team is hard to prepare for and they have shown already this season that they can cause plenty of headaches for oppositions.

The unpredictable footy the Titans play makes for excellent viewing, and it will mean the Raiders will have to keep their guard up to avoid an upset.

The Titans and the Raiders have had an up and down start to the season, with both unable to put back-to-back wins together.

The Raiders are coming off a gritty win against the Parramatta Eels last week and will be full of confidence as they take on the Titans. The news isn’t as good for the Titans, who have lost their last two matches and will be desperate to record a win this week.

While still early in the season, it would be great to see the Raiders string together a back-to-back win and dispatch of the Titans with a complete performance similar to one they showed against the Eels. 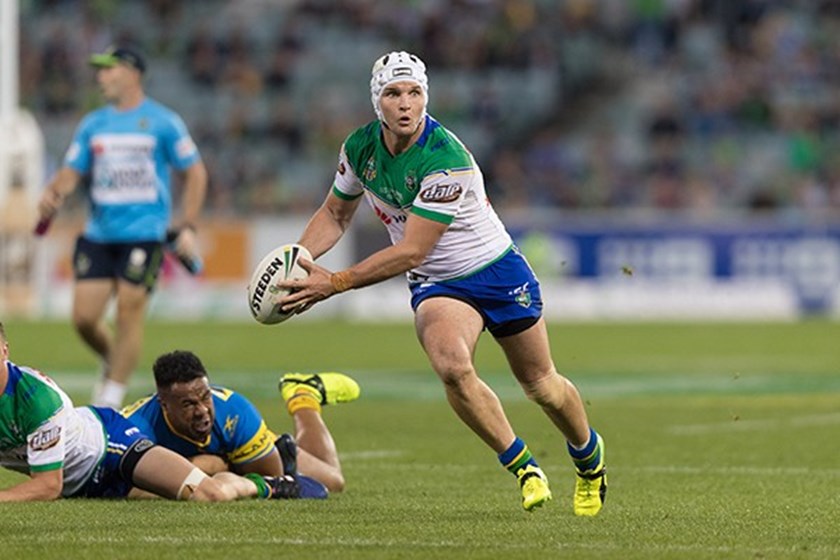 Three trips to Queensland in the first six rounds of the competition was always going to be a big challenge for the Green Machine.

Two close losses to the Cowboys and Broncos is testament to that, but the Raiders have a golden opportunity to snatch a valuable Queensland win this weekend.

Temperatures are due to hover in the mid 20s on Saturday, which will be perfect conditions for the Raiders to aim to secure their first away win of 2017.

Entertainment for the Locals

The sunshine state has had a rough time lately, with Cyclone Debbie causing plenty of damage.

Hopefully Saturday's game can provide the locals with 80 minutes of much-needed entertainment to put a smile of their dials and take their minds off the events of the past week.

What are you looking forward to seeing on Saturday? Head across to our Facebook page and let us know!