When Test rugby league comes to town on the first Friday of May, it will set the wheels in motion for a weekend brimming with representative action.

With nine rounds of the NRL season in the bank, the competition will break for a week as a host of Canberra players swap Raiders colours for representative colours in either the Test or Country v City Origin formats.

While GIO Stadium hosts its first ANZAC Test since 2013, England and Samoa will lock horns in Sydney on the Saturday before Country v City writes its final chapter in Mudgee on the Sunday.

As selection talk continues to gain traction, there is a surplus of Raiders players vying for representative honours.

Forwards Josh Papalii and Shannon Boyd, as well as centre Joey Leilua, shape as the most likely to pull on the Kangaroos jersey, while try-scoring machine Jordan Rapana appears a shoe-in for the Kiwis on the wing.

Samoan by descent, Leilua has eight Tests to his name for the island nation but is also eligible for Australian selection because he was born in Sydney. It would mean he would run out for the Kangaroos before earning a New South Wales call-up, but recent form suggests it would be an opportunity he would take with both hands.

Leilua had an impressive outing two weeks ago in the Raiders’ 42-16 steamrolling of the Titans, churning out 142 metres as he set up two tries and snagged one of his own, but he didn’t stop there. The 25-year-old then returned to the capital to grind out 139 metres and bag two tries as the Raiders dismantled the Warriors 20-8 on Saturday. His early-season fireworks have followed his electric 2016 form that helped propel Canberra to its first preliminary final berth since the 1997 Super League season.

An outside chance of making his Kangaroos debut is Jarrod Croker. The Raiders’ skipper recently became just one of five players in the NRL to have recorded the 100 tries/500 goals double and in so doing joined the elite company of Ryan Girdler, Hazem El Masri, Luke Burt and Jamie Lyon. If there was ever any conjecture over the Goulburn product’s defence, Croker put those qualms to bed when he contorted himself into an acrobatic position to hold up Warriors flyer Roger Tuivasa-Sheck millimetres from the turf on Saturday night in one of the most extraordinary try-saving tackles in recent memory.

An anterior crucial ligament injury to Greg Inglis has given Leilua’s and Croker’s chances of slotting into Australia’s backline enormous boosts.

Papalii and Rapana have both started the season in electric form and it would a huge shock if either was to miss selection. Boyd hasn't started with quite as big of a bang, but he has been coming back into form in recent weeks.

Meanwhile, utility-forward Joe Tapine is a big chance of earning his third outing in Kiwi colours. 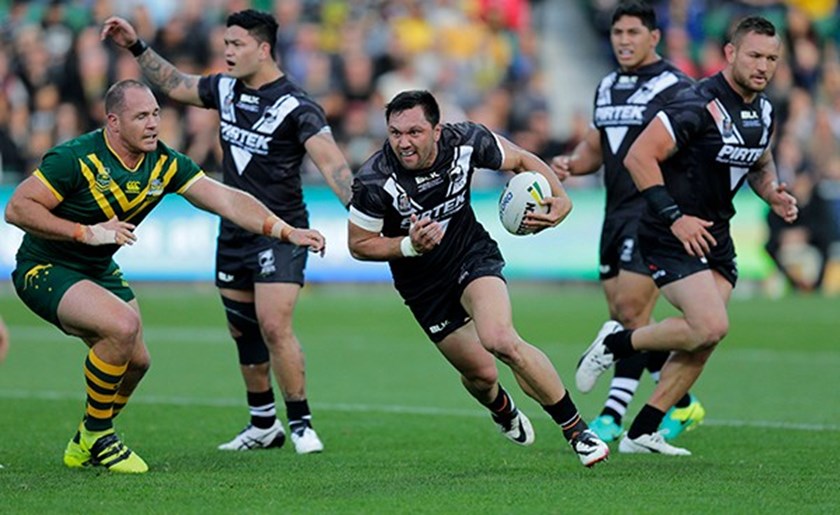 The Raiders could be as equally represented when England does battle with Samoa at Campbelltown Sports Stadium, a clash in which Samoa is set to chase its first win in history over the Poms.

In the likely event that Paulo is presented with his third Test cap, much of England’s preparation is sure to revolve around how to contain the 123-kilogram wrecking ball. Paulo has proved his weight in gold since joining the Raiders mid-season last year from Parramatta, offering truckloads of metres in the middle of the park and absorbing plenty in defence. Many of his metres are made post-contact, Paulo’s tree-trunk thighs exploding out of the turf as defenders will the Samoan to a halt.

The on-field battle between Paulo and Hodgson would make for a riveting contest. Not only would one of the most damaging front-rowers in the game be unloading with brutal runs up the guts, one of the best defenders would be tasked with planting his body in front of the monster prop time and again throughout the clash. The Englishman feeds the Samoan ball after ball from dummy-half in Raiders colours, but Test call-ups for Hodgson and Paulo would give the Raiders’ Number 9 a taste of just how difficult Paulo is to handle.

Kato Ottio and Kurt Baptiste both played for the PNG Kumuls last year against Fiji, but unfortunately due to the injuries they won't be available for selection this year. A day after England and Samoa meet in Campbelltown, Jack Wighton, Blake Austin and Aidan Sezer - and Jarrod Croker and Joey Leilua pending other selections - will likely feature in Country v City three hours up the Great Western and Castlereagh Highways in Mudgee.

If selection presents, the three Raiders will be out to press claims for Blues jerseys ahead of the opening clash of the State of Origin series on the final day of May.

Wighton is vying for Country selection, while the Raiders’ halves are eyeing returns to the Brad Fittler-coached City outfit.

One of the most intriguing facts ahead of the final edition of Country v City history is that, although City went down 34-22 when Austin last pulled on the City jumper, the Raiders’ five-eighth bagged a hat-trick.

The one series win the Blues have clinched since 2005 fell in 2014, a series in which then Bulldogs halves Josh Reynolds and Trent Hodkinson pulled the strings for the NSW side. If Laurie Daley is set to employ the services of same-club halves once more, the Raiders’ Austin-Sezer duo is sure to throw its hat in the ring. The playmakers will want to push their Origin cases in Country v City, Austin off the back of adept passing and threatening footwork and Sezer through his clever kicking game.

Which Raiders players do you think should be selected to play in representative weekend? Head over to our Facebook Page and let us know your thoughts. 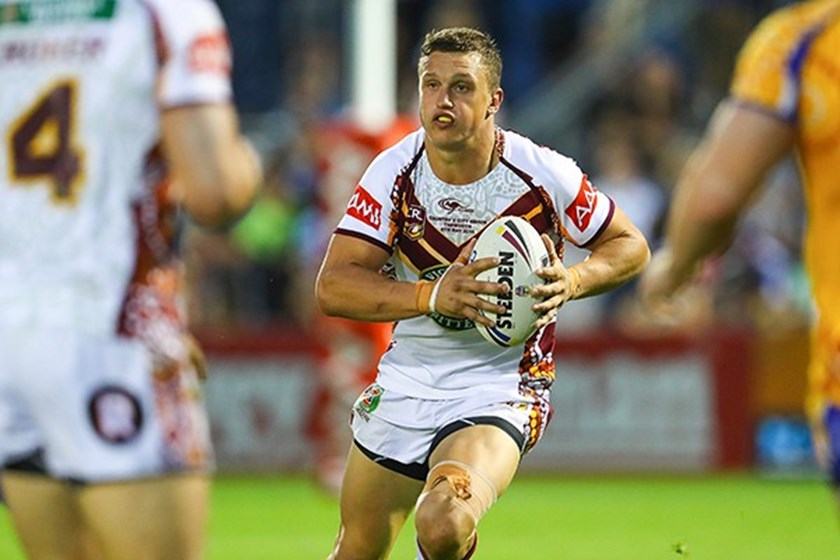 Presented by
54 mins ago