After a close loss to Manly last weekend, the Raiders hit the road and travel up to ANZ Stadium to face off against the Canterbury Bulldogs on Saturday.

Here are five things we are looking forward to as both teams look to head into representative round with the two points.

The Raiders and the Bulldogs boast the biggest forward packs in the competition. These big men will be a key storyline of the match, as they are the engine room for both teams and provide plenty of excitement when they charge up the field.

The Bulldogs forwards are renowned as one of the best and most intimidating in the NRL, with the starting pack amassing a combined weight of 533kg, not including their biggest bopper, Sam Kasiano, who comes off the bench carrying a massive 128kg frame. The combined weight of the Raiders starting pack is 560kg, with Shannon Boyd unsurprisingly the biggest of the lot, tipping the scales at 123kg.

With the representative round just around the corner, this week shapes as the last chance for players to push for selection. The Raiders have a host of players in line for selection in representative teams, but with the closeness of the competition, few players have their positions locked in and will be looking to impress this Saturday.

Jordan Rapana is a lock for New Zealand's team, but Joe Tapine will be looking for a huge game on Saturday to impress the Kiwi's selectors, who will name their team on Sunday. Toa Samoa name their team for the Pacific Test against England on Sunday, with Joey Leilua, Junior Paulo and Sia Soliola in the mix to be selected. Former Raiders Back to Bite

When the Raiders run out against the Bulldogs this weekend, they will also be running out against some former teammates in Brenko Lee and Matt Frawley.

Lee played 12 games for the Raiders in top flight from 2014-16, scoring four tries against the Eels last year and collecting a total of 11 tries for the Raiders. Coming up against his old teammates, Lee’s performance is definitely one to watch.

Frawley who grew up in Canberra and captained the Raiders NYC team in 2014 has been in great form for the Bulldogs since forcing his way into the side. Coming off the bench he has provided a real spark for the team and will be looking to have the same impact again on Saturday.

Scoring 29 tries in 23 games for the Mounties last season, it’s no wonder why Kato Ottio’s return to the field has been highly anticipated. Yet to make his first grade debut, Ottio was by far the best winger in the Intrust Super Premiership last year and will return for the Mounties when they play the curtain-raiser on Saturday.

Suffering an ACL injury late last season, the PNG Kumuls representative has made great progress in his recovery and will take to the field looking to pick up where he left off last season. 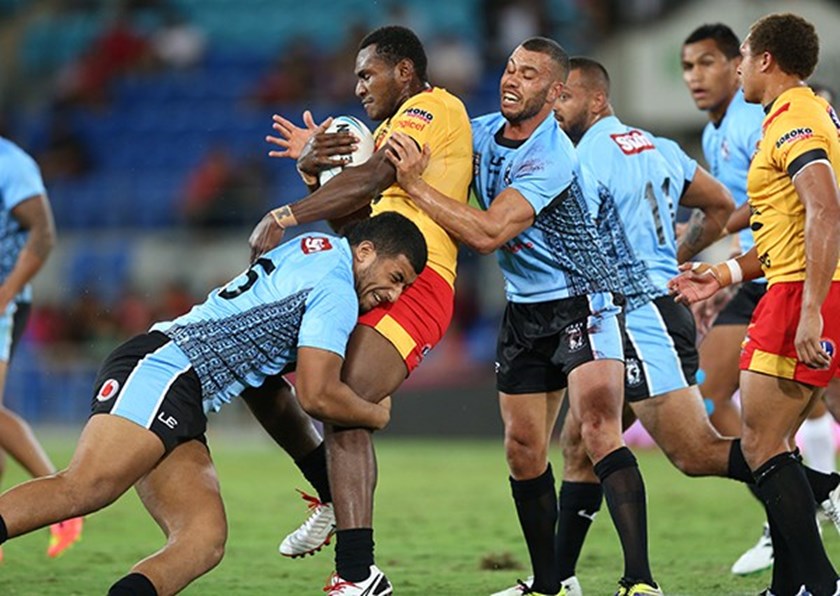 Last time Joe Tapine came up against the Bulldogs he bagged a double including the match winner in the final minutes, all from the bench. Coming on in the second half, the Raiders trailed by 10 points before Tapine started the comeback in the 58th minute. Then with two minutes remaining he crossed once again to seal the game.

Tapine has now made his way into the starting team for this weekend’s match, and will be looking to have the same impact with more time on the field. It will be interesting to see if Tapine can reproduce his heroics from last which really announced himself to the Raiders faithful.

What are you looking forward to seeing on Saturday? Head over to our Facebook Page and let us know.