Three Raiders are set to run out for the opening clash of representative round between the Junior Kangaroos and Junior Kiwis.

Utility Jack Murchie and forward Emer Guler will both start on the bench for Australia, while forward Fabien Puletua-Kiri will don Kiwi colours as the New Zealand outfit looks to make amends for their 34-20 loss when the two sides last met.

That clash last year featured a number of young guns now plying their trades in the NRL, including Nathan Cleary, Brian Kelly and Coen Hess. Murchie, Guler and Paletua-Kiri will be out to impress as they eye future elevations to the big-time.

The Kangaroos have won the last two encounters and lead the head-to-head 5-3.

The Jillaroos will look to write their wrongs for a 26-16 ANZAC Test loss at the hands of the Kiwis last year.

In the headline act of representative round, Raiders winger Jordan Rapana will need to play a crucial role if the Kiwis are to spring an upset over the Kangaroos.

The fact Rapana sits atop the try-scoring tally after nine rounds of competition, with eight four-pointers to his name, means Kiwi halves Kieran Foran and Shaun Johnson will likely send plenty of ball the 27-year-old’s way for Rapana to weave his magic.

The Kangaroos will head into Friday night’s clash as hot favourites given their recent domination over their Trans-Tasman rivals.

They have claimed victory the last four times the sides have butted heads, a streak stamped with a 16-0 win in last year’s ANZAC Test and a 34-8 drubbing over the Kiwis in November’s Four Nations final win. Forward Makahesi Makatoa will run out for Cook Islands for the Pacific Ocean nation’s clash with Papua New Guinea on Saturday.

Only four players with 2017 NRL experience will feature in this Test, but the hard-hitting, full-throttle styles of these sides are sure to make this contest one to remember.

No Raiders will feature in Tonga’s outing with Fiji, a match in which Tonga will be out to clinch its first win over their Pacific Ocean neighbours.

England’s match with Toa Samoa is set to be the clash in which the Raiders will be most heavily represented on the weekend.

Hooker Josh Hodgson and backrower Elliott Whitehead will run out for the Poms, while centre Joey Leilua and prop Junior Paulo are set to don Samoa colours.

The sides have only met on one occasion, a contest England won 34-26 in a razzle-dazzle affair in 2014.

In a huge blow for Wayne Bennett’s England, the Poms will be without star playmaker Gareth Widdop. 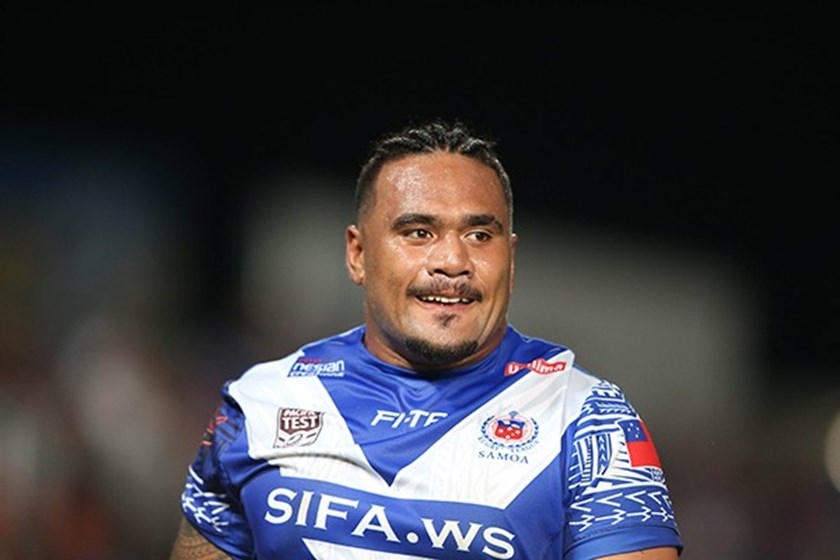 No Raiders will be on show when NSW look to build on last year’s comprehensive 30-16 win over QLD in the annual QLD Residents v NSW Residents fixture.

Although Country v City is no longer considered a NSW Blues State of Origin selection-rehearsal, the final edition of one of rugby league’s oldest contests is sure to bring plenty of excitement.

City took the chocolates in a high-scoring 44-30 affair when the two sides last met in May last year.