The Raiders will be forced to make at least one change to their side for Sunday's clash against the Newcastle Knights.

Who replaces Josh Papalii remains a mystery to us here at raiders.com.au, but we've explored some of the team selection questions that will be answered tomorrow (Tuesday) at 4pm when the Raiders team is announced.

Who comes into the backrow?

Sia Soliola is the obvious choice to replace Josh Papalii on the Raiders left edge. Soliola was excellent for the Raiders earlier in the season when he covered for Elliott Whitehead on the right edge.

After making his club debut in round two against the Sharks, speedy backrower Scott Sorensen has been putting together some impressive performances for Mounties in the Intrust Super Premiership. Sorensen plays on the left edge for Mounties and could also be an excellent fit to replace Papalii.

Assuming Shannon Boyd is fine to play on Sunday after picking up a minor lower leg injury against the Bulldogs in round nine, there will be one spare spot on the bench.

Raiders fans have been anxious to see more of Dave Taylor in full flight but a minor calf injury has ruled him out of action for the past month. Taylor is due to return to the field soon, and if fit, he could be a huge impact player for the Raiders on Sunday.

If Taylor isn't quite ready to return, Dunamis Lui and Jeff Lima appear front runners to join the bench and provide some spark for the Raiders.

Another option to come onto the bench and make his NRL debut is Makahesi Makatoa, who was one of the Cook Islands' best on the weekend in the Pacific Test against PNG. 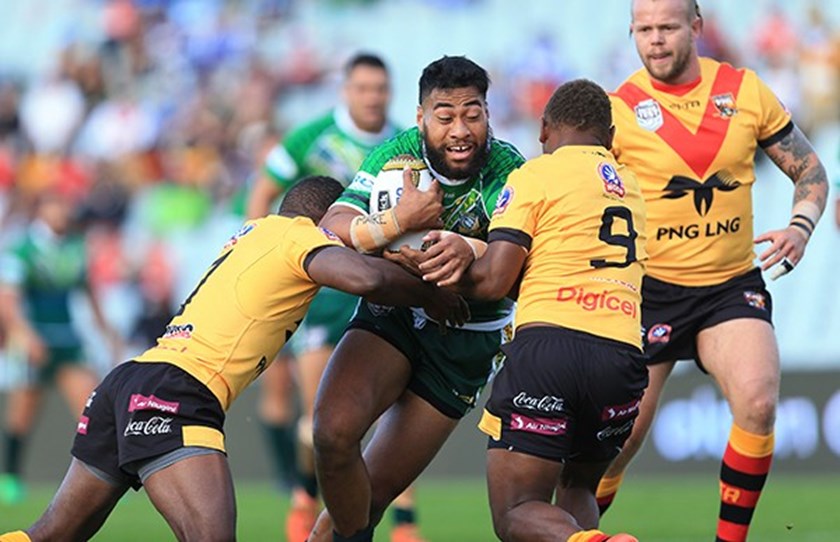 New recruit Masivesi Dakuwaqa is next to no chance of being selected in the Raiders team for Sunday, but whether he plays for Mounties or not is an interesting question. Having not played any rugby league for six years, Dakuwaqa is a raw talent that will be a work in progress this year.

The Knights look set to field a very similar side to the one that went down by 30 points to the Titans in round nine. The most intriguing aspect of the Knights team selection will be whether experienced halfback Trent Hodkinson is recalled back to side, having been dropped to reverse grade recently. Jamie Buhrer and Mitch Barnett appear another couple of weeks away from returning from injury timeouts.

Who do you think should be selected in the Raiders team for Sunday's match against the Knights? Head over to our Facebook page and let us know.