A lackluster second half proved to be the Raiders undoing in yesterday's 34-20 loss to the Newcastle Knights at McDonald Jones Stadium.

Despite trailing by two points at the break, the Raiders were solid in the first half, completing at 84% and making four errors. The second half was a different story, with an awful completion rate of 46% and nine costly errors.

The Knights were flawless in the second half, making zero errors and completing all 19 of their sets. By dominating possession the home side pressured the Raiders into missing 23 tackles, after only missing seven in the first half.

See five key head-to-head stats from the game in the graphic below.

Junior Paulo was again one of the Raiders best against the Knights, running for a team-high 167 metres, 43 of which came after contact. Josh Hodgson had a strong game, making 54 tackles and setting up one try.

While down on his usual output, winger Jordan Rapana still managed to bust 10 tackles, while his young protege Nick Cotric bagged two tries for the first time in his career. 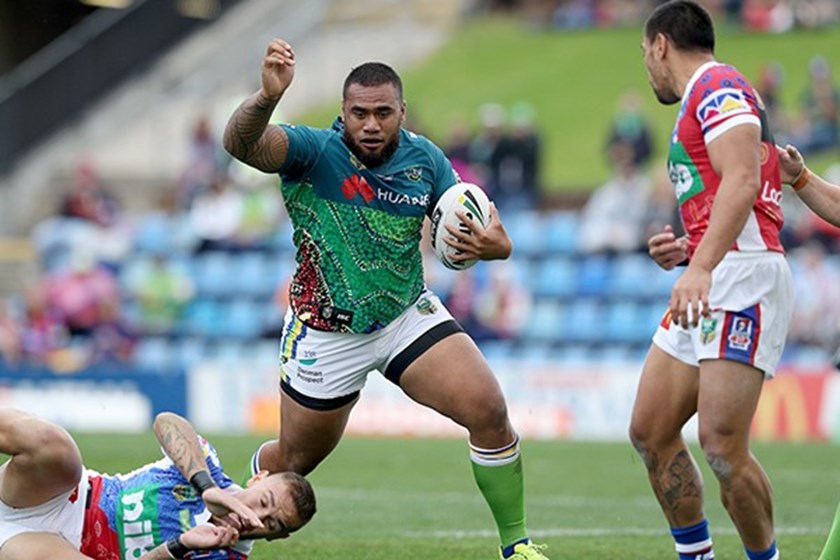