As the Raiders look to get their season back on track, they come up against the Parramatta Eels for the second time this year in a special game for the club.

We’ve taken a look at some of the reasons why you don’t want to miss this clash.

Raiders Captain Jarrod Croker, will strap his headgear on for his 200th NRL game this Saturday when he comes up against the Eels. Croker debuted for the Raiders back in 2009 as a fresh faced 19-year-old from Goulburn. He has quickly established himself as one of the Raiders most influential players, becoming the highest ever point-scorer for the club and just the third player to score over 100 tries for the Green Machine.

In his third season as captain, Crokers 200th should be an entertaining one judging off past performances. Croker scored his first ever NRL try against the Eels back in round three 2009, and has a history of terrorising the blue and gold army with his ability to find the try line. In his 100th game for the Raiders in 2013, Croker bagged a double and kicked the winning goal to carry the Raiders to victory over the Roosters.

Walking out in Raiders colours for the 200th time is sure to be a special moment not only for Croker, but also for the Raiders community, so be sure not to miss it. 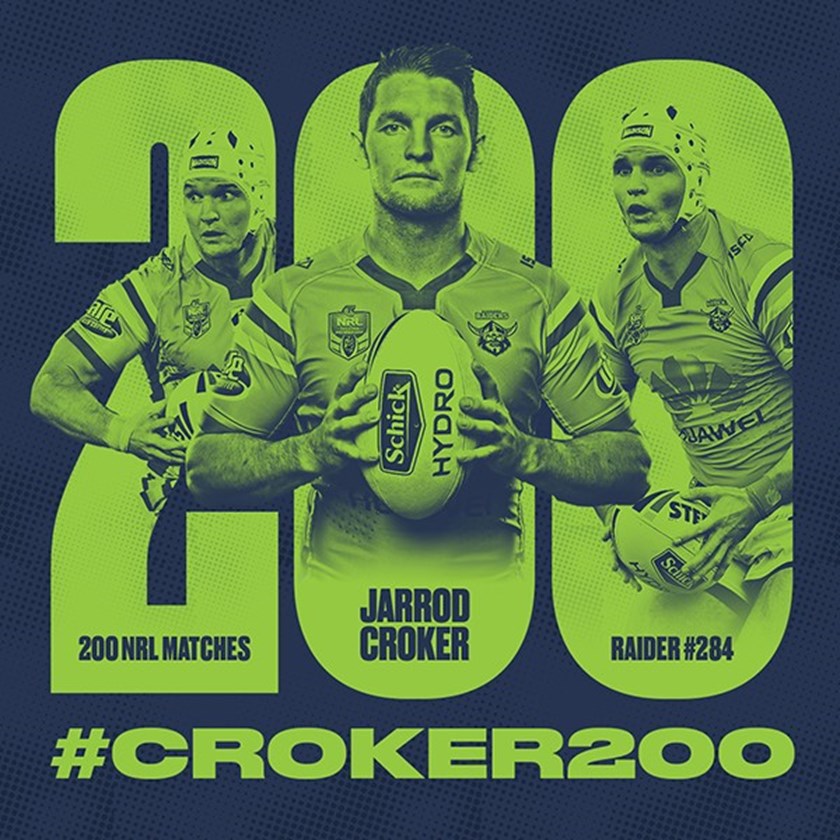 After weeks of speculation, rumours and controversy, Mitchell Moses is now with the Parramatta Eels. Starting the season with the Wests Tigers, Moses was granted an immediate release to take up a contract with the Eels.

Named as a reserve for Saturday's match, it appears a formality that Moses will come into the Eels' team and partner Clint Gutherson in the halves, since Corey Norman is out with a knee injury.

This will be the second time Moses has come up against the Raiders this season and he will be hoping his new club can produce a better result. Moses endured a 46-6 trashing when he played the Raiders in round three for the Tigers, struggling to stop the Raiders big men from running straight over the top of him and not offering much in attack. He will be looking to come out firing with his new club and rectify the mistakes he learnt earlier in the season, so watch out for Moses to see how he performs.

Despite what some might think, Sia Soliola's 50th refers to his half-century of appearances for the Raiders, not his age. After debuting in the NRL in 2005, Soliola played a total of 92 NRL games for the Sydney Roosters stretching across five seasons. Playing in the centres, Soliola was renowned for his work rate in defence, making more tackles than any other centre in the game in his debut year with 19.7 per game. Soliola then moved to England where he played 111 first grade games for top-tier English team St-Helens.

In 2015, the Samoan and Kiwi international made the move back to Australia to take up a two-year contract with the Raiders and will walk out onto the field this weekend for his 50th Raiders cap. Soliola has become a major part of the Raiders team, adding countless experience and is part of the leadership group. This is sure to be a special moment for the versatile forward who has been in great form so for this season. 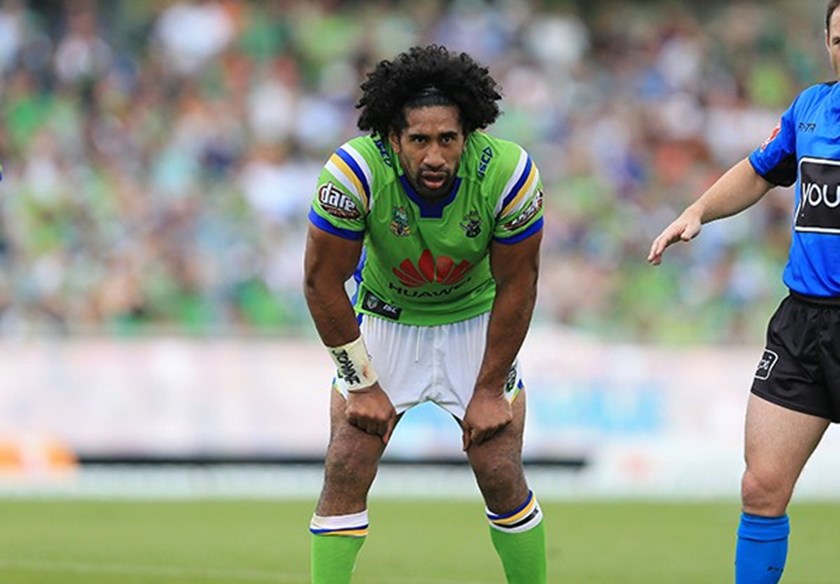 It has been only six rounds since the Raiders last came up against the Parramatta Eels and they will be hoping for a similar result to last time. Facing off at GIO stadium in round five, the Raiders put together a solid performance to hold off a late comeback and go home winners 30-18.

Having a 22-6 lead at halftime, the Raiders held off a worrying comeback from the Eels who scored two quick tries after the break to themselves back into the match. However, a simple dummy half run from Nick Cotric 35 metres from the try line, sealed the game when we weaved his way through their defence to plant the ball down under the posts.

Despite not having the home ground advantage this time around, the Raiders will be hoping recreate this performance and get their fifth win of the season.

Neither team has had the start to the season they would have hoped for with the Eels sitting directly above the Raiders on the ladder holding onto a slim two-point lead. The matchup on the weekend is shaping as an important one for both teams who will be looking to get things back on track.

What are you looking forward to seeing on Saturday? Head over to our Facebook page and let us know.