The Canberra Raiders will be looking to bounce back after a tough loss last week when they come up against the Penrith Panthers at Pepper Stadium this Saturday.

After going down to the Sea Eagles by 16 points last weekend, the Raiders will be out to shake up the competition and get their season back on track by defeating the second placed Penrith Panthers on their home turf.

The Raiders who currently sit in 10th position will be fighting to keep the top eight within reach this weekend, with Brett White opting to stick with Derek Hay’s at five-eighth who debuted for the Raiders last week.

Hay’s played well in his first NYC match and will once again partner Lachlan Cooper in the halves as the duo look to develop a partnership which can steer the Raiders into the top eight and secure a spot in the finals.

The Panthers are currently sitting comfortably on top of the NYC ladder tied for first position on 21 points, falling to second only as a result of for and against.

The runners up last year are coming off a confident win over the Bulldogs last week where they ran home winners 28-12, in a victory which is sure to boost their confidence coming into the match up.

The Raiders away record this season hasn’t been anything to write home about, but with two home games coming up, Brett Whites men will be looking to gain some momentum for the run home this week against the Panthers.

The match kicks off at 1pm this Saturday at Pepper Stadium, so be sure to keep an eye on the Raiders twitter account for live match updates. 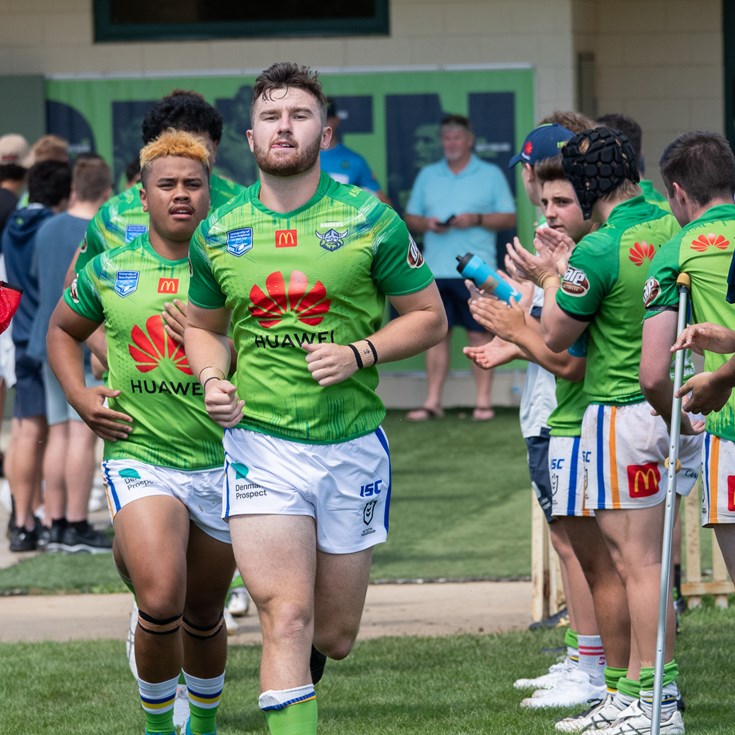 Presented By Complete Cut 13 mins ago

Presented By OAC Digital 18 hours ago