Both the Canberra Raiders and the South Sydney Rabbitohs have made a host of changes as they prepare for their must win clash on Saturday.

Suspensions and injuries have caused havoc for Ricky Stuart and Michael Maguire who have been forced to make no less than 16 positional and personnel changes for the match.

The Raiders problems are primarily caused by suspension with Josh Papalii, Jordan Rapana and Sia Soliola all spending time on the sidelines after being cited by the match review committee.

Papalii still has one week to serve from his suspension against the Dragons, while Rapana and Soliola will begin their sentences for incidents against the Melbourne Storm last week.

Losing three key players ahead of an important match is a big test of the Raiders depth, forcing Stuart to include a debutant and a premiership winning veteran for the match.

Leipana will temporarily become Leifield as Michael Oldfield replaces Rapana on the wing making his debut for the club after failing to make it on the field last week. 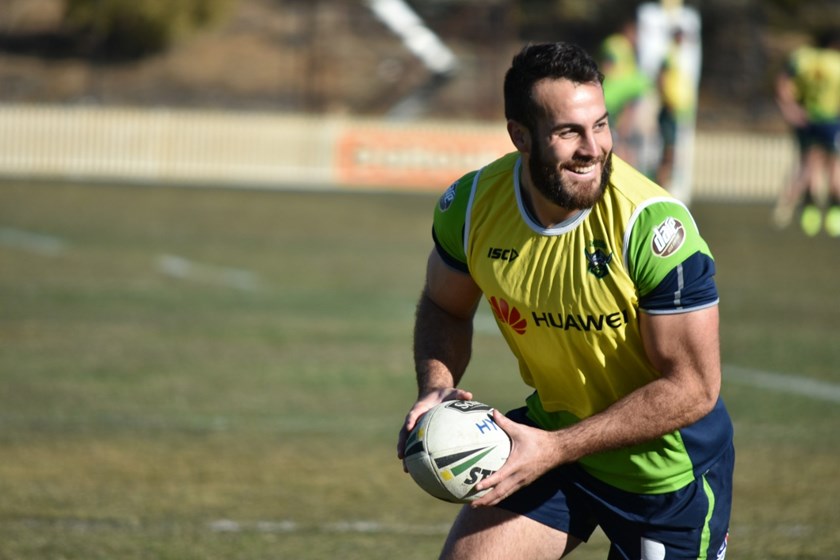 Joe Tapine has been named in the second row while Luke Bateman replaces Soliola at lock. Stuart has opted for experience over youth bringing 223 game veteran Jeff Lima into the side while Clay Priest also makes his way back into the Raiders team in jersey 15.

As for the Rabbitohs, Maguire has made 10 changes to the side which fell short of beating the Sharks last week. Hymal Hunt makes his return from injury moving Bryson Goodwin and Robert Jennings to the flanks.

Alex Johnston moves into fullback in place of Cody Walker who moves into the halves, allowing John Sutton to change into the back-row. Damian Cook gets the start at hooker over Robbie Farah while utility Cam Murray plays his fourth NRL game off the bench.

South Sydney are coming off the back of three consecutive defeats and desperately need a win if they are any chance of making the finals. A loss for Michael Maguire’s men would all but begin preparations for Mad Monday.

The Raiders face a tough run home, coming up against both last year’s premiers and the top placed Storm in the final five games of the season.

This makes a win against a fellow bottom eight team all the more important for the Raiders as the race to the finals heats up.

With their seasons on the line and untested combinations being thrown into the NRL arena, the match is sure to be an unpredictable and entertaining clash.

The game kicks off on Saturday 5.30 at ANZ Stadium; follow the Raiders twitter for live match updates.

The last time the Raiders fronted the South Sydney Rabbitohs, Michael Oldfield was playing on the other side and the Raiders won by 50 points.

Round 21 last year, the Raiders travelled up to Sydney hoping to continue their winning streak against an underperforming South Sydney outfit. Michael Oldfield was playing on the wing for the Sydney side before the Raiders ran riot.

At halftime the Raiders enjoyed a 26-0 advantage and continued the carnage in the second stanza. Jordan Rapana bagged a double while Jarrod Croker kicked 7/10 to hand the Raiders an easy 54-4 victory.

Aidan Sezer has silenced any doubters over the past few weeks after being the shining light in the Raiders victory over the Dragons and with another solid performance last week. But the 26-year-old will need to be on top of his game if he is to out shine former NSW Half Adam Reynolds.

Both players boast pin-point kicking games and are the primary kickers for their teams. If Sezer can find space on his fifth tackle kicks and limit Reynolds from gaining too much territory when he goes downfield, it could prove the difference at the end of the match.

The difference which could determine the match however, comes in their attacking output. Whitehead plays a big role in attack notching up four try assists and five line break assists over the year. While Crichton has only managed one try assist and one line break assist, suggesting the difference in the forwards could come through the Raiders ability to attack.

With not much to split the two teams in the forwards, the spark produced by either Baptiste or Farah when they take the field could blow the game wide open. Both players are capable of injecting themselves into games and are experts in exploiting lazy forwards around the ruck.

Farah has a clear experience advantage over Baptiste with 214 more games under his belt than his opponent. Currently the shortest person in the NRL, Baptiste doesn’t let his size hold him back and is capable of turning a match on its head. If Baptiste can catch out lazy forwards and swing momentum back in the Raiders the way, his impact could lead to a Raiders victory.

The Raiders have travelled up to ANZ Stadium to play the Rabbitohs just twice since 2013, with the Raiders coming away with the win both times.

However prior to this, the Rabbitohs enjoyed a five game winning streak over the Raiders which dates back to 2010.

Quote of the Week

"We're not giving up and we will try and win every game possible. It's going to be tough with a couple of players missing through suspension but we are confident in whoever comes into the side."

Presented by
12 mins ago

Presented by
16 mins ago