The race for the finals heated up another notch as both Queanbeyan sides fell to surprising losses in the Austbrokers Canberra Raiders Cup.

The Yass Magpies have thumped the Gungahlin Bulls to record their 8th win of the season and go one step closer to a top four finish.

Currently in third position the win sees the Magpies remain in third place on the ladder just one point above the Bushrangers and Warriors.

A double from Kyle Danilczak and co-coach Steve Naughton set the platform for the Magpies while star recruit Willie Peace also had an impact. The Bulls struggled to find any answers for the Magpies strong defence with Ross Mcinn collecting their only points.

Watch the highlights in the video above

In the upset of the season the West Belconnen Warriors have handed the Queanbeyan Blues their first defeat of the year and shown they are serious premiership contenders.

After 17 rounds of the Canberra Raiders Cup the Blues previously held an unbeaten recorded and looked to go the whole season without dropping a game.

But West Belconnen showed the skill and ability that won them the competition last year in a game which went down to the wire.

A double from Chris Thorley got the Warriors off to a great start with Bobby Roberts good enough to add the extras on each of the Warriors tries. The Blues weren’t going down without a fight however, with Thomas Ruediger crossing over for a hat-trick of tries to bring the Blues back into the match.

Holding on to a slim 2 point lead after a missed conversion from Blues captain Terry Campese, Warriors playmaker Roberts, stepped up to slot a field goal and show the competition that the Blues aren’t invincible.

Despite the defeat, the Blues still have the minor premiership locked up with one game to go before finals. While the Warriors currently sit tied in 5th place and will need to win this week if they’re any chance of getting into the top four.

Watch the highlights of the Warriors' win here

The Tuggeranong Bushrangers have cruised past the last placed Belconnen United Sharks to hold onto fourth place on the ladder with just one round yet to play.

With every game important at this stage of the season the Bushrangers took no chances in their convincing victory. Tuggeranong were in control for most of the match with Josh Mitchell leading from the front scoring 30 of his team’s points.

Belconnen currently lock up last place and are no chance of playing finals footy while the Bushrangers hold onto fourth spot with one round still to play.

See all the highlights of the Bushrangers v Sharks here

In another major upset, the Woden Valley Rams have beaten the second placed Queanbeyan Kangaroos 36-24 to hand them just their third loss of the season.

Missing some key players, the Kangaroos have a top four spot locked up but still are competing right until the final game of the season. While the Rams are playing for pride at this stage of the season and just got plenty of it.

Woden put together a clinical team performance to topple the Roos with six different players scoring their six tries which was helped by Jayden Carroll who had a perfect day with the boot.

Queanbeyan still took Woden late into the match with a double from Gideon Afemui edging the Roos closer, but some crucial missed conversions was too much for the premiership contenders to come back from.

Watch the highlights of the Ram's win over the Roos here 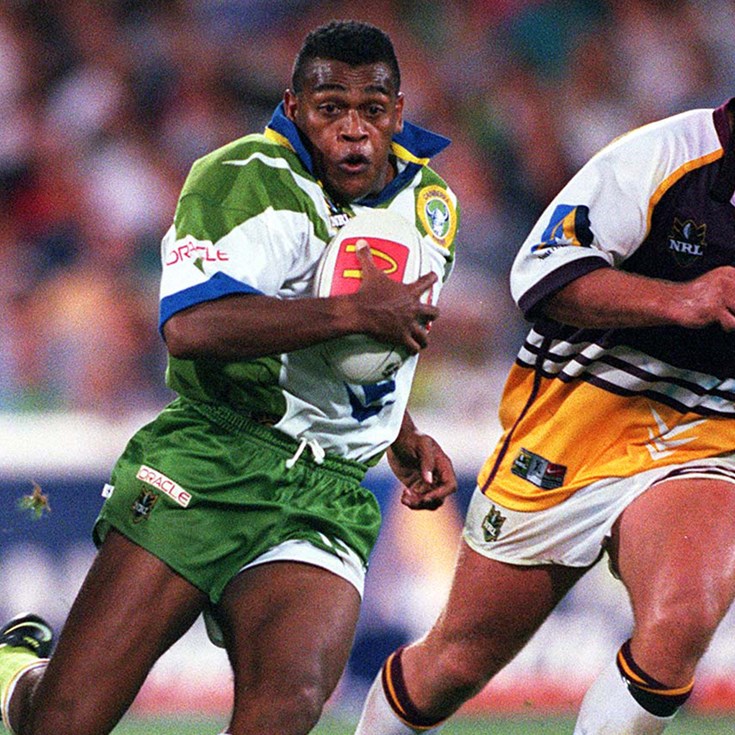