Joe Tapine is a bit of a jack of all trades in the Canberra Raiders pack but he'd like to change that.

He has a simple plea for coach Ricky Stuart and anyone else willing to listen: "Give me a go in the second row."

The Kiwi international played all four games for New Zealand in last year's World Cup in the No.12 jersey.

That followed his club season where he played 11 of 22 games off the Green Machine bench, five at lock and six in the second row.

About to enter his fifth season in the Telstra Premiership after passing the 50-game milestone last year, the 23-year-old is looking to be a regular in the run-on side for Canberra.

"Playing for New Zealand gave me a lot of confidence and I hope to use that to push for a starting spot here," Tapine told NRL.com.

"There's a fair bit of competition already for spots among the forwards. But it is one of my goals this year to get into that starting side each week.

"Of course it's up to Ricky but I want to prove I can handle that responsibility. I'm really liking the second row and learning all the time what I can do get in there.

"The back row is where I think I can play my best football. I played right edge for the Kiwis but I don't have a preference in which side.

"I felt like I took on more a leadership role at the Kiwis, in terms of knowing what my job was and doing more talking. I also had some very good players inside and outside of me to help me develop a bit more."

He'll need every gram of that increased knowledge as Canberra's back row is a tough area to crack with with Josh Papalii, Elliott Whitehead and Sia Soliola the mainstays.

But it doesn't worry Tapine. He showed what a menace he can be on the edges, or up the middle, with 54 tackle breaks, 17 offloads, and three tries in his 22 NRL appearances in 2017.

He picked up a knee injury on the World Cup campaign but after resting in Fiji on his holidays – despite the Bati beating the Kiwis in the quarter-finals 4-2 – Tapine is feeling terrific.

"It hasn't held me back at all. The knee has fully healed now and I've had no problems with training," he said.

Neither player is happy that the Raiders finished with the third most tries in 2017, behind Brisbane and Manly, but missed the finals after finishing 10th.

"We've spoken a lot about it in team meetings that we didn't play to our true potential last year," Tapine said.

"We know we've got a lot of speed in this side and a lot of points. We are determined to get out on the paddock and show all the good stuff we're doing in training right now.

"We see ourselves as a finals team. We know we've got it in us."

Rapana wants more –  to be in a grand final.

"Everyone is determined. We want that premiership," Rapana said. "And last year wasn't one of our best seasons.

"The boys have taken that and want to go out and prove a point this year."

Rapana has to prove something else more immediately – getting out of the 'fat club' where he and Whitehead have spent time last week on their return to Raiders headquarters.

"I felt as though I looked after myself as well as I could have. I was in there with Elliott but testing again on Friday so hopefully I'm out of there soon," he said.

"It all starts here out on the training field. I feel the last two years I've really worked hard on my pre-season to get my fitness to where it needed to be. That also helps with injury prevention. I feel like again my body is in good shape."

Samoan forwards Junior Paulo and Papalii did not arrive back in December in good nick.

"Well they're looking trim and terrific now," Tapine said. "They've definitely lost the weight they wanted to and there will be no problems when they get going in the new season." 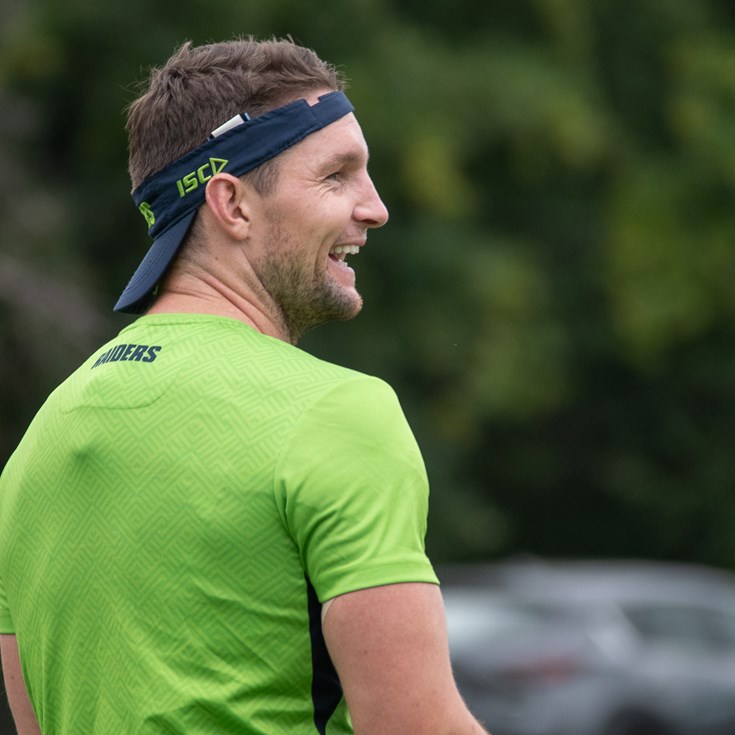