This week we catch up with former fullback Gary Belcher. Belcher, who also represented Queensland and Australia was an integral part of the Raiders Premiership winning sides in 1989 and 1990. Belcher made 148 appearances for the club while scoring 69 tries in the process.

What do you do for work now?

I do some media work with Crocmedia doing some radio. I might do a bit more work with Fox Sports but we’ll see what happens. I’ll think it’ll just be mainly radio now, so I still haven’t got a real job.

What’s your favourite memory as a Raider?

There’s lots of great memories, just coming back here is fantastic. I’m remembering the first ever pre-season that I did in 1986 and how great it was to meet all the boys. That best memory would have to be that 1989 Grand Final and I think most blokes who played in that game would say the same thing.

What did it mean to you, to wear the Raiders jersey?

A hell of a lot. I probably didn’t realise how significant it was when I first came. I was a South Brisbane junior and I played seniors there for four years before I came down and that’s where my heart was. However, I quickly came to understand how important the Raiders are to the people of Canberra and what we represented. I came to love the place.

To wear the Raiders jersey meant a hell of a lot and the club have been fantastic to me. They gave me a great chance to showcase my skills in the best competition and fortunately we had some success too.

Who was your favourite teammate?

That is really hard! There were some great ones. I spent a lot of time with big Mal Meninga. We played in Brisbane together for four or five years before we came to Canberra. I played a lot of representative football with him so I’ll say Mal but I loved playing with Ricky Stuart, Bradley Clyde, Steve Walters and Gary Coyne. That’s a very difficult question!

Do you keep in touch with any of your former teammates?

A few. We’ve all sort of spread out a lot, there’s not that many who stayed in Canberra. I see a few of them occasionally because I travel around with the footy, calling matches but I don’t see them as regularly as I’d like.

What was your funniest moment as a Raider?

One that I can remember that was always funny – and probably one of my favourite teammates – was John ‘Chicka’ Ferguson. We had a great combination and he was amazing player but Chicka was a smoker, as a lot of blokes were back in the day.

Before a game, he’d have a dart then he’d go and have a sleep. We would have a dressing room warmup for 10 or 15 minutes so he’d get woken up for that and then he’d have a puff on a durrie and we’d go out and play the first half.

As he would run off, one of the trainers would have a cigarette waiting for him already lit so he could grab it on the run. It was like an Olympic relay! He would grab the durrie, have a few puffs and put it out before Tim Sheens saw it and then sit in the sheds for the halftime meeting.

Do you have advice for any younger players?

Just give it your all. Give it everything you’ve got. You’re only really going to get one – or if you’re lucky two – chances. It’s certainly worth it. Train super hard and listen to your coach. There’s a lot of players out there that are great players who regret not making it simply because they didn’t give it the best shot they could. So have a crack. 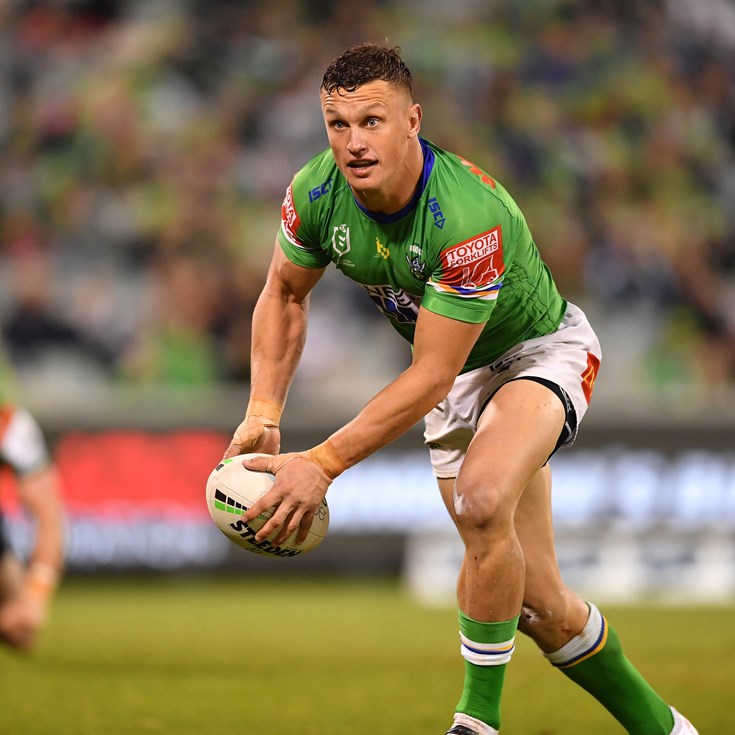 Behind the Limelight: Caleb Aekins

Presented By OAC Digital 2 days ago

Presented By EISS Super 3 days ago