There was a family reunion at GIO Stadium this afternoon, as Velda the Valkyrie made her first appearance in Canberra, re-uniting with her older brother Victor the Viking.

Velda, which is an ancient name meaning power and intelligence, joined Victor in the centre of the Stadium in an emotional family reunion, with the pair meeting in person for the first time since Victor joined the Raiders family in the early 80s.

Velda then had the opportunity to bring the team onto the field and start the Viking Clap by blowing the Huawei Raiders Viking Horn, while Victor backed this up by leading the Viking clap with the Raiders drum! The two were the Special Viking Ambassadors for this weekend’s match.

The inclusion of Velda at Raiders home matches is part of the clubs Valkyrie program, which has seen the Raiders continue to embrace female participation and involvement in all levels of rugby league across the region.

Victor and Velda will both be a part of Raiders match days and community appearances moving into the future and gives the club the chance to help push the Valkyrie program into the wider community. 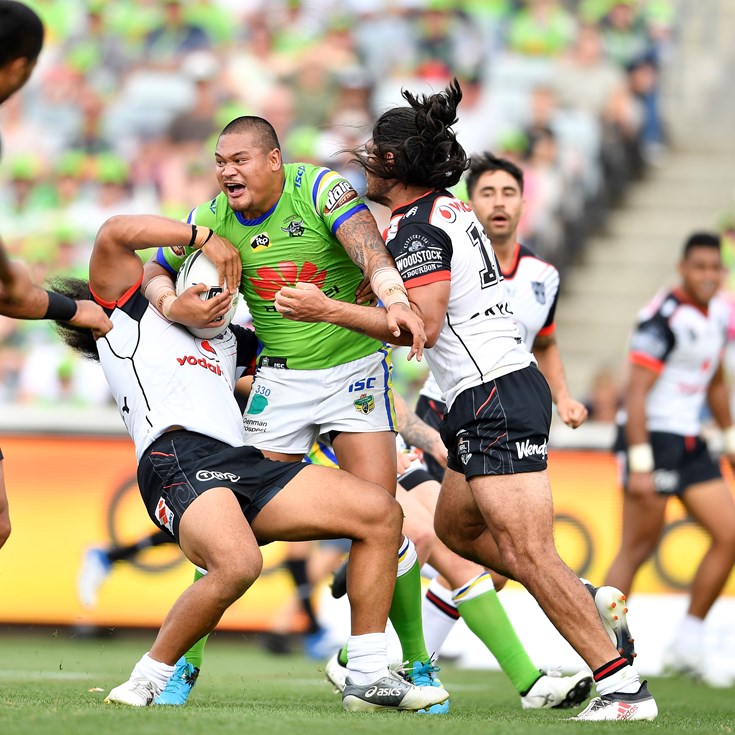 PODCAST: Behind the Limelight - Cotric Sezer and Clyde