The Canberra Raiders will look back on their 26-10 victory over the Canterbury Bulldogs in round 5 and analyse all of the numbers that weren't in their favour and wonder how they were able to pull out the win.

They had started the season 0-4, the club was facing its worst start to a season since 1982, their number one Jack Wighton was a late-withdrawal before the game and the side finished with only 14 healthy players.

However, the only that number that mattered in the end was 16, the final margin, as the Green Machine finally got out of first gear for season 2018.

"It was a good testament to our character, especially with how many injuries we had at the end there," Aidan Sezer said.

"All of the big boys really got stuck in and to win how we did, 0-4 coming into this game, a lot of pressure riding on the game, but it's good to get a win and send our fans home happy."

The Raiders showed scoring points was no problem during the first three rounds, with their work without the ball coming under the most scrutiny.

Despite still missing 36 tackles against the Bulldogs, it was the desperation to make second and third efforts in a set that defined the victory, according to Sezer.

"That's just a mentality, we know we were capable of it and every team is, but we didn't worry about our attack during the week we just worried about our defence," he said.

"We said after last week against Manly that performance wasn't up to par and the boy's responded really well to Ricky's comments last week.

"And really I can't credit my big men enough."

The victory has been soured by a knee injury to Sam Williams. The Raiders announced on Friday the halfback is expected to miss 4-6 weeks with a medial ligament strain. The quartet of players taken off for head injury assessments - Sezer, Michael Oldfield, Ata Hingano and Luke Bateman - are all expected to be available to face the Eels but will undergo standard concussion protocols.

Willams' injury could see Blake Austin recalled for the side's clash with the Parramatta Eels next week.

Canberra coach Ricky Stuart praised the performance of Sezer, especially in the wake of Williams leaving the field, saying it was his best in a Raiders jersey.

"That's why I play NRL, that's what is expected of me," Sezer said.

"When your half goes down you have to step up and hopefully I did that and did my job for my teammates.

"We had a lot of quality on the sideline, Hodgo (Josh Hodgson), Wighto (Jack Wighton) was a late scratching, Austo (Blake Austin) obviously and Sammy (Williams) going down.

"Somebody had to step up and if I didn't we'd be standing here 0-5 and I wasn't going to let that happen if I had any control over it."

Sezer himself left the field in the 78th minute for a HIA after being on the end of a big hit from Bulldogs captain Josh Jackson that saw the Bulldogs skipper placed on report. Jackson was later cited for grade two dangerous contact and is set to miss 1-2 weeks through suspension.

However, the Raiders half said he didn’t think there was much in it despite being a little shaken up at the time. 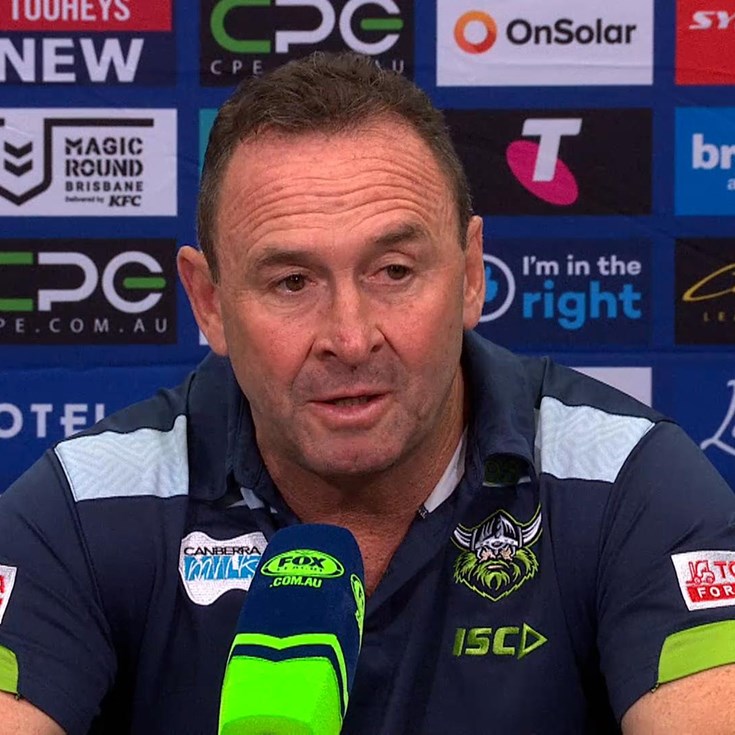 Presented By Denman Prospect 3 days ago