It was an afternoon to forget at GIO Stadium as the Cronulla Sharks sealed a 24-16 win over the green machine late on to take the two points back to the Shire.

The visitors were able to gather more possession throughout the contest as they had a total of 53% compared to the Raiders 47%.

The Raiders amassed a total of 1636 running metres from 152 runs while the Sharks contributed with 1870 metres from 169 runs.

In total the Sharks made four line breaks while the green machine only completed one.

Ricky Stuart's side managed to complete more offloads than their opponents with 12 compared to 10.

The green machine made a total of 339 tackles throughout the occasion with only 27 missed tackles. Shane Flanagan's troops made 305 with 34 missed tackles.

The green machine conceded a number of penalties early on in the contest and finished with eight in total while the Sharks managed seven. The Sharks finished with 11 errors while the Raiders made only 10.

Josh Papalii led the way for most amount of metres for the green machine with 213 in total. Jordan Rapana was next best with 198 followed by Jack Wighton with 147.

In the tackle count Siliva Havili and Joe Tapine were the two highest for the Raiders with 41 while Elliott Whitehead was next with 31. 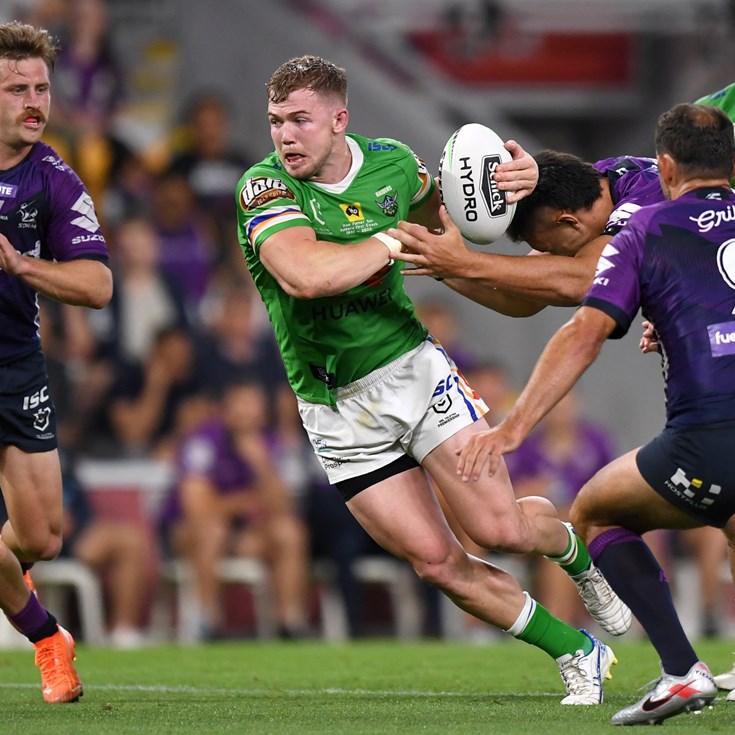 Presented By Specsavers 1 week ago
31

Presented By Hart Sport 1 week ago