The Canberra Raiders head to Mudgee this weekend to take on the St George Illawarra Dragons. Here are five things to watch out for this Sunday.

The last clash between the Raiders and Dragons was certainly one to remember as the Green Machine claimed a golden point thriller.

A brilliant performance from Aidan Sezer saw the halfback intercept a Gareth Widdop pass and run 90 meters to level the scores before producing a piece of magic in golden points.

Having struggled to make meters in golden point, Sezer kicked a monster 40/20 to give the Raiders prime field position which saw Dave Taylor set up Elliott Whitehead for the winning try.

The Raiders head to Mudgee this weekend for the second ever NRL game held at Glen Willow Park.

The ground held the final City-Country origin match last year but it has been five years since the town hosted an NRL side.

Boasting a squad with numerous players from Regional NSW, the Raiders will be raring to go in front of a large crowd.

Both the Raiders and Dragons suffered losses last Sunday and will be looking to return to the winner's circle this weekend.

A spectacular start to the season sees the Dragons sit on top of the ladder on 16 points. Despite this, the recent form of both sides is similar with both the Raiders and Dragons having claimed four wins in their last six matches.

A win for the Raiders would see the side remain within touching distance of the top eight, while a Dragons win will see them remain outright leaders in the competition.

‘It was very humbling’ – Stuart on Hall of Fame nomination

Battle of the Packs

Members of the Dragons forward pack have been strongly touted for places in the NSW side for the upcoming State of Origin series.

The likes of Paul Vaughan, Tyson Frizell and Tariq Sims all enter the match in good form and are joined by the impressive James Graham and Leeson Ah Mau.

The Raiders pack will need to lay a platform for the outside backs and will be relying upon representative players such as Shannon Boyd, Elliott Whitehead, Joe Tapine and Josh Papalii to outplay their opponents.

Since moving to the nation's capital, Siliva Havili has been a revelation for the Green Machine.

Having not scored an NRL try prior to this season, the Tongan international has three to his name after 10 matches.

This weekend, the rake faces his former club and will be up against arguably the in-form hooker in the competition in Cameron McInnes. Havili will be aiming to continue his impressive form and claim a win against his former teammates. 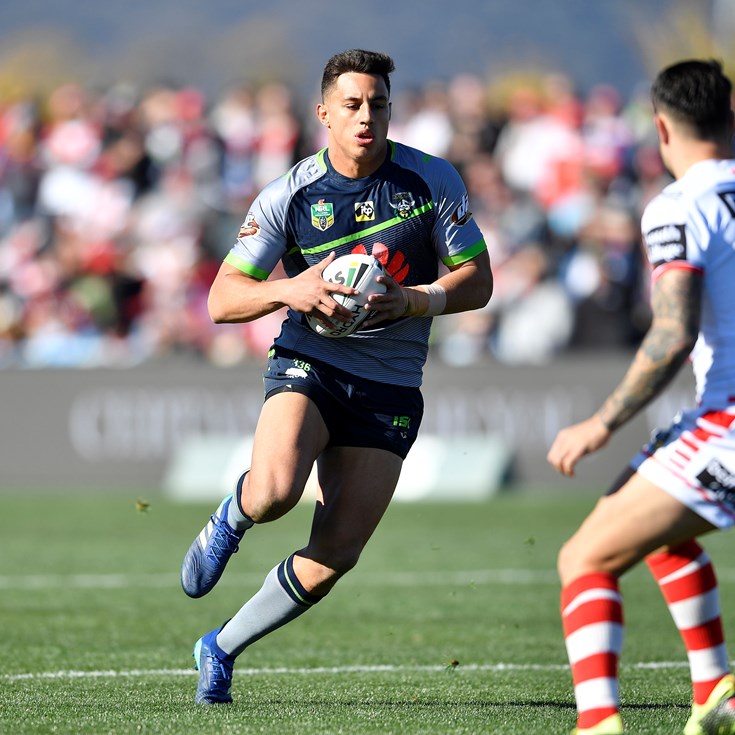 Vote Now: Man of the Match Round 11

Presented By Austbrokers Canberra Mon 14 May, 2018