Croker not surprised by Whitehead's performances

Jarrod Croker has praised the performances and consistency of Elliott Whitehead after the England international was named man of the match in England's win over New Zealand. "No one was surprised with Elliott's performance; he's even back in at Raiders HQ this morning which shows that he's back fit; healthy and ready to go again;" Croker said. 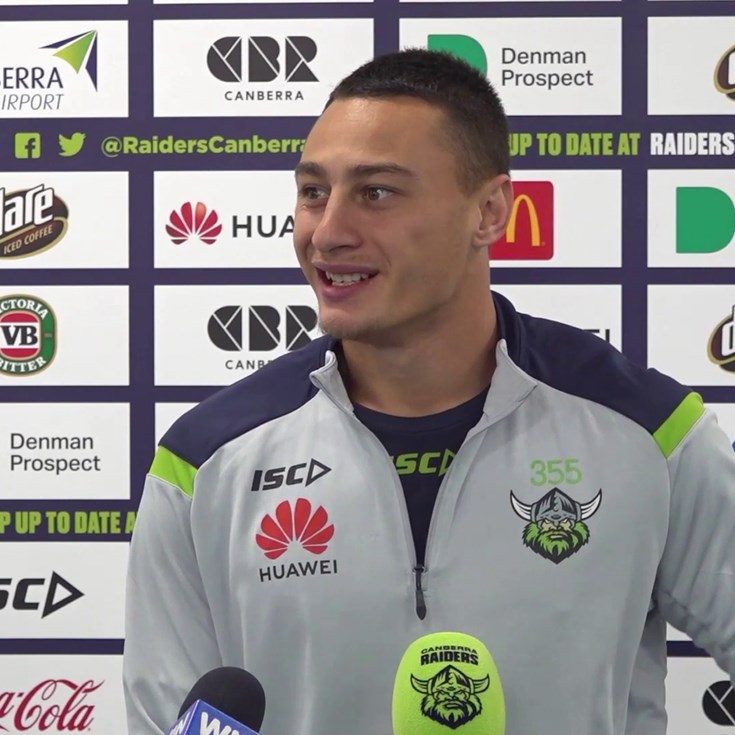 CNK and Oldfield stoked for O'Donnell

Wighton: It's what we play the game for

Play of the week: Simonsson try