The Canberra Raiders have gone down to the Wests Tigers 22-20 in front of 14,583 fans at GIO Stadium on Sunday afternoon.

After a back and forth first ten minutes Joey Leilua was sent to the sin bin for not retreating ten metres before tackling Kevin Naqiama, who had taken a quick tap.

The Wests Tigers immediately capitalised on their numerical advantage by spreading the ball to the left and converting a two-man overlap into a Malakai Watene-Zelezniak try.

The Tigers had their second try in the following set when an inside ball put Moses Mbye into space who then dummied past Nick Cotric to score under the posts.

With Leilua still in the sin bin, Wests had their third try, this time through Michael Chee-Kam who strolled over from five metres out after a series of short passes.

Ten minutes before the break Joe Tapine crossed for the Raiders' first try of the afternoon after stepping and fending his way through the Tigers' defensive line from 15 metres out.

The Tigers were the next to score when they took the ball right and Mbye threw a perfect cutout pass for David Nofoaluma who crossed in the corner.

In the shadows of halftime Josh Papalii barged his way over under the posts to reduce the Tigers' lead to 20-10.

It took 20 minutes, but the Raiders finally had the first try of the second half when Canberra ran the ball down the blind on last tackle and Leilua carried three defenders over to score.

Tapine had his second try of the match when he ran straight at Luke Brooks, who he was able to swat away like a fly, before crossing out wide.

The Raiders finished the match with some brave defence but were unable to find a winning try. 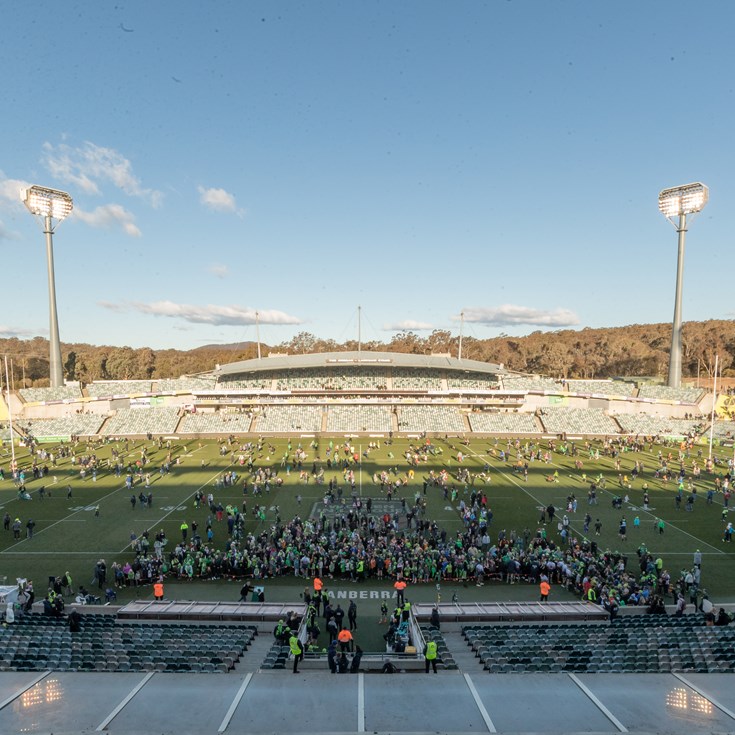