The Canberra Raiders have kept a side to nil for the first time since 2013, as the Green Machine claimed a 21-0 win over the Gold Coast Titans at Cbus Super Stadium.

After a tense start, the Titans were dealt a blow in the 12th minute as five-eighth Tyrone Roberts was forced from the field due to injury.

The Raiders drew the first blood as Jarrod Croker slotted a penalty from 30 meters out in the 20th minute.

The co-captain added another two points nine minutes later as he continued his successful comeback from injury.

Inspirational play from Josh Hodgson saw the Raiders force a line dropout with less than two minutes remaining the first half. The new co-captain showed his class again as his grubber found Sia Soliola who scored near the posts. Croker ensured that the Raiders took a 10-0 lead at halftime.

The try also meant that the club became the fastest side to reach the milestone of 20,000 competition points in NRL history.

Nick Cotric and Joey Leilua linked up brilliantly to start the second half in perfect fashion. After winning a scrum near the oppositions 20 meter line, Cotric showed his strength before getting the ball to the reigning Dally M Center of the Year who scored.

The Titans thought they scored in the 63rd  but the referee ruled there was a forward pass in the process.

Bailey Simonsson then became the first Raiders to score a try on debut since Drury Low in 2010 as he collected a pin-point Aidan Sezer kick.

Sezer secured the result six minutes from fulltime as the halfback slotted a field goal to make the score 19-0.

New recruit John Bateman then won a penalty in front of the posts and Jarrod Croker made no mistake as the Raiders ran out 21-0 winners. 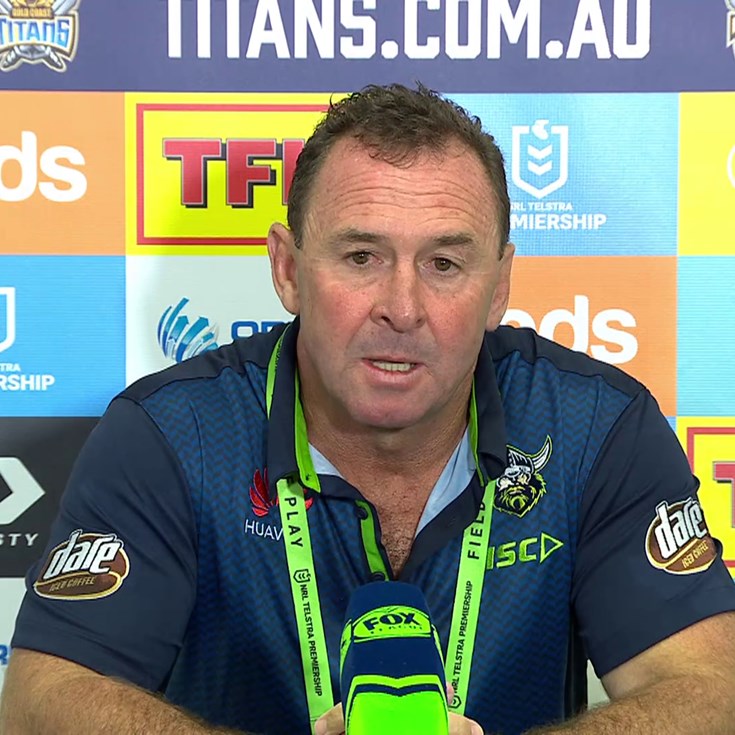