Three full rounds have been completed in the NRL and I see three standout players.

Luke Keary, James Tedesco and John Bateman. All of them had the spotlight on them for different reasons, even before a ball was kicked in the 2019. That kind of pressure can sometimes affect your style and form. But not these three.

Bateman arrived here with the promise of being very successful because of his Test play with England and what he’d done with Wigan. And now we can all see it closer up.

He is such a competitor, never gives up on plays, always runs hard, always seems to get across the line. He’s one of those players who can continually break a line and score points by coming up with big plays at the right time.

And he’s a very robust defender. He can spend time in the middle or out wide. He’s every coach’s dream. He can play with an aggressive mindset but he’s got good feet as well to dart around in between defenders, and over the advantage line.

Plus he’s got a great motor. He can play 80 minutes.

So to be able to take the NRL by the scruff of the neck and impress people so early on, also proves to me that the English players are all so strong and talented.

Often you hear that Super League is not as great a competition as the NRL. But when they come over here, they can all slip straight into first grade and show their skills immediately.

From a representative point of view, it’s scary. England are a very formidable national side.

Two players that Australia can boast are Luke Keary and James Tedesco.

The Roosters forwards lay a really good platform and I feel are very under-rated. But what they do is set up the stage for Tedesco.

He can do things that others can’t through his great speed and strength, footwork and vision. He seems to be also developing great leadership skills and becoming a strong person.

Quite simply, James Tedesco is a game-breaker. He can be the difference. Take grand final time and you have two teams right on top of their game but Tedesco is one of those players in our competition that can prove the difference.

What I also like is that’s he getting better. A few years back he stagnated a bit with an injury run, but since his arrival at the Roosters he has evolved as a person and a player.

It wasn’t easy to step into the No.1 jersey in the Australian team vacated by Billy Slater. I said last year that Tedesco deserved that No.1 spot and what he’s doing right now in the NRL underlines that.

He has earned his Test position and I agree with his coach Trent Robinson that Tedesco was the best player in the game in world rugby league last year. He deserved to be the Golden Boot winner.

Another player evolving right before our eyes is Luke Keary.

He’s tough, he’s competitive, he’s smart. He’s now got the guile and knowledge to play both No.6 and No.7 because he understands the game so well.

What I like about him is that he can take control of a game, and then is smart enough to relinquish some of that power around the team when Cooper Cronk is back – we saw that on Thursday night in the win over the Broncos.

Luke Keary is a real team player – that’s the best way to describe him. He’s so skilful in attack but he’s not shy in defence either. And I think he’s a great character in the game.

The Roosters have played really well at the start of this year and Luke Keary has been one of the shining lights at the club.

I rate him as the best No.6 in the competition at the moment. 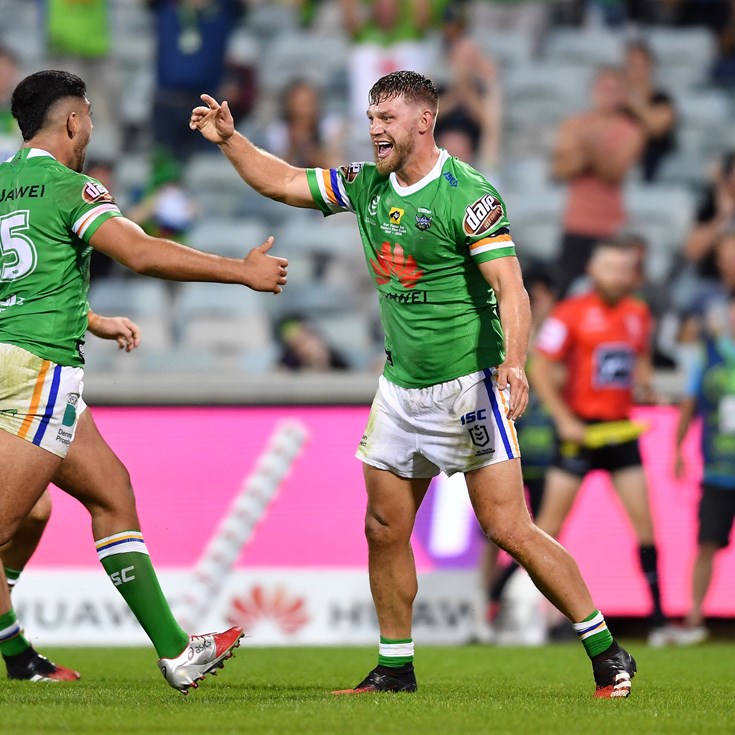 Key man in the finals: NRL.com experts have their say