South Sydney prop Tom Burgess is looking forward to helping create history when he and his brothers George and Sam line up against Canberra's English trio of Josh Hodgson, Elliott Whitehead and Ryan Sutton at GIO Stadium on Saturday night.

The match, which is expected to be played before the Raiders' biggest regular season home crowd for several years, will be the first time six English players have featured in an NRL match.

With England coach Wayne Bennett in charge of the Rabbitohs, the top-four clash has been dubbed the "Battle of Britain".

"Don't forget about Campbell Graham either," Burgess joked about the Rabbitohs winger with Scottish heritage.

According to David Middleton's League Information Services, the previous record of five Englishman in one match was set in 1976 when Penrith's Bill Ashurst, Mike Stephenson and Dave Topliss went up against Manly's Steve Norton and Phil Lowe.

There were also five Englishman in the 1989 Easts-Wests match, which featured Roosters duo Martin Offiah and Joe Lydon against the Magpies trio of Ellery Hanley, Gary Schofield and Kelvin Skerrett.

Middleton said there had been two previous games in 2014 which featured six English players if former Souths second-rower Chris McQueen, who played one Test for England in 2017, is included.

McQueen played alongside Sam, George and Tom Burgess in round five of the 2014 season against St George Illawarra, whose side included Gareth Widdop and Mike Cooper.

The Queensland Origin forward also played with Sam, George, Tom and Luke Burgess in the round 25 match against James Graham's Canterbury but he did not declare his availability for England until 2016.

Regardless, the Rabbitohs-Raiders clash will be the first time six born-and-bred English imports have played in an NRL match and it would have been seven if Canberra lock John Bateman wasn't sidelined with a fractured eye-socket.

"They've got every right to be calling it the Battle of Britain," George Burgess said. "It's good for the English game and it's good for English rugby league to have those players out here in the competition.

"We are all good mates so it should be good to go out there and compete against each other."

The Canberra quartet met up with their Sydney-based countrymen after the Green Machine's round seven match against Manly and the 10 English players in the NRL this season keep in contact via a WhatsApp group.

"I'm really close with all the boys but extra-close with Elliott Whitehead and John Bateman because I played with them at Bradford," Tom Burgess said. "They were two of my really good mates coming through at Bradford so it's great to see them come out here.

"I keep in touch with them all the time and when you play a game against your mates, you want to play well so you can say, 'hey, what about the time I got you' or that sort of thing."

'All good things come to an end': Burgess uncertain on Rabbitohs future

The match coincides with Ryan Hall's selection in the Sydney Roosters' 21-man squad after recovering from a knee injury, although the England winger is expected to make his first appearance for North Sydney in the Canterbury Cup.

Of the 10 Englishman in the NRL this season, only Sutton is yet to play for England and the former Wigan prop will be hoping to impress Bennett on Saturday night.

"He is a bit like myself, he got the opportunity to come over and he has just worked really hard," George Burgess said. "He is well in the mix for the England squad if he keeps playing the way he is and it is just great to have that competition for spots."

With the Raiders in outright fourth place on the Telstra Premiership ladder and just four points behind equal competition leaders Souths, Canberra officials are hoping the attendance figure will exceed 18,000 for the first time since 2016. 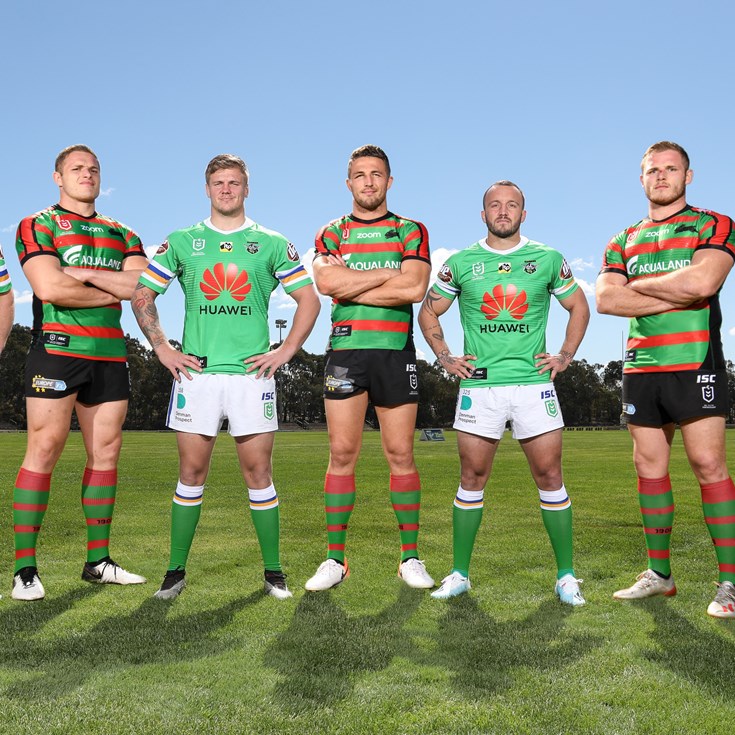 'We want that No.1': England using Denver Test to kick-start rankings climb