Canberra are set to dust themselves off from their 30-18 win over the Panthers with a direct flight to New Zealand on Monday to prepare for their clash against the Warriors on Friday.

The Raiders celebrated their second win against arch-rivals Penrith this year, the first time in a regular season since 2015, and now face the prospect of a five-day turnaround to back up their efforts across the ditch and push on towards a top four finish.

Both sides have been notorious in the past for high-scoring and freakish comebacks and Raiders coach Ricky Stuart believed the win will hold the side in good stead.

Canberra defended their own line for up to six repeat sets at least twice in the contest, to start the game and midway through the second half.

"Very tough, we've got out to leads like that and had some very tough battles with Penrith over many years since I've coached here," Stuart said.

"They did a good job at the back end of it to keep the scoreline where it was. I actually said to (football manager) Matty Ford, the way the first 10 minutes happened was good for us.

"We tend to go off the game a touch. It got our heads on into the battle. They had 96% of the footy, a hell of a lot of footy."

English trio John Bateman, Elliott Whitehead and Josh Hodgson were again at their damaging best with their competitive natures coming out in others, Stuart pointing out the likes of Jack Wighton and Jarrod Croker as big beneficiaries.

"It's a great blend with those three boys, their competitiveness and will to win is something I love," Stuart said.

"The hatred of losing."

But Stuart wasn't buying into any talk surrounding the Raiders' premiership hopes as they grow closer to booking their spot in the finals for the first time in three seasons.

"We're not there yet and don't deserve that. I was very impressed with how Manly beat Melbourne. To beat Melbourne in Melbourne really shows where Manly is at.

"We're not interested in what other people have got to say about our squad and as a football team. There's more pieces to our game that we've got to improve. No specifics."

The Raiders will name an extended squad for the Warriors clash on Tuesday. Sam Williams and Hudson Young joined the main group for their trip to New Zealand after playing for Mounties in Canterbury Cup on Sunday. 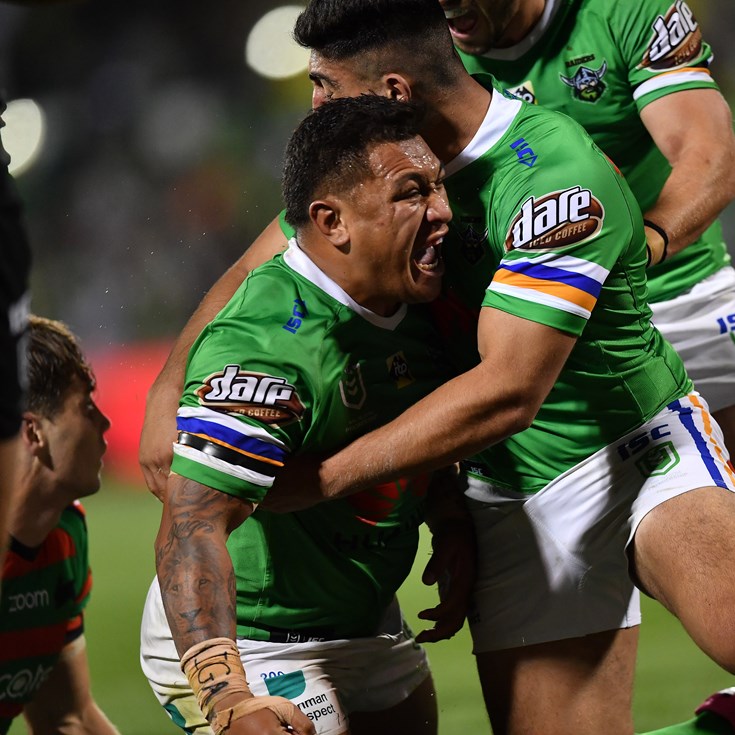 Dad at 15: Bateman on the best decision he made