Dubbed the Miracle Man, Joey Leilua’s 2019 was full of drama as he overcame a career-threatening injury to help propel the Raiders into the Grand Final.

The two time Dally M Centre of the Year showed his class early in the season as he scored four tries from his opening six matches.

Raiders teammates in awe of Leilua the 'miracle man'

His two try performance against the Broncos was a particular highlight, while the exciting centre linked up superbly with Jordan Rapana to put on a show at Townsville against the Cowboys.

However, Leilua’s season was in jeopardy after he was a late withdrawal from the Raiders side that was preparing to play the Panthers in Round 8 and subsequently required surgery on his neck.

The 27 year old worked diligently to get back on the field before the end of the regular season and returned in Round 22 as the Raiders came from behind to seal a thrilling win against the Melbourne Storm.

The following match against Manly saw Leilua cop a two week ban which finished at the end of the regular season.

With one of the club’s biggest games of the season and with not a lot of football under his belt, Leilua produced a magical performance under unique and trying circumstances at AAMI Park against the Melbourne Storm.

As the centre was running onto the field for the start of the qualifying final, a stray object flew into his eye due to a fireworks mishap.

Fireworks mishap: 'I thought I wasn’t going to be able to play'

Leilua started the game on the bench as he received treatment but got his chance on the field after an injury to Nick Cotric.

With the Raiders trailing by four points after 50 minutes of play, the team continued chasing the game but struggled to find a way through Melbourne’s defense.

With the Melbourne Storm running the ball off their line, the ball came loose after solid contact from Joe Tapine and Dunamis Lui. Leilua was first to the ball and skipped to the right before having the audacity to produce a flick pass for John Bateman to score and seal the win for the Raiders.

The Samoan international produced a solid performance in the preliminary final but another injury scare saw him miss the final moments of the match as he suffered a burst blood vessel in his left calf.

However, he recovered in time to produce a solid performance in the Grand Final before representing Samoa in the end of season tests and World Cup Nines. 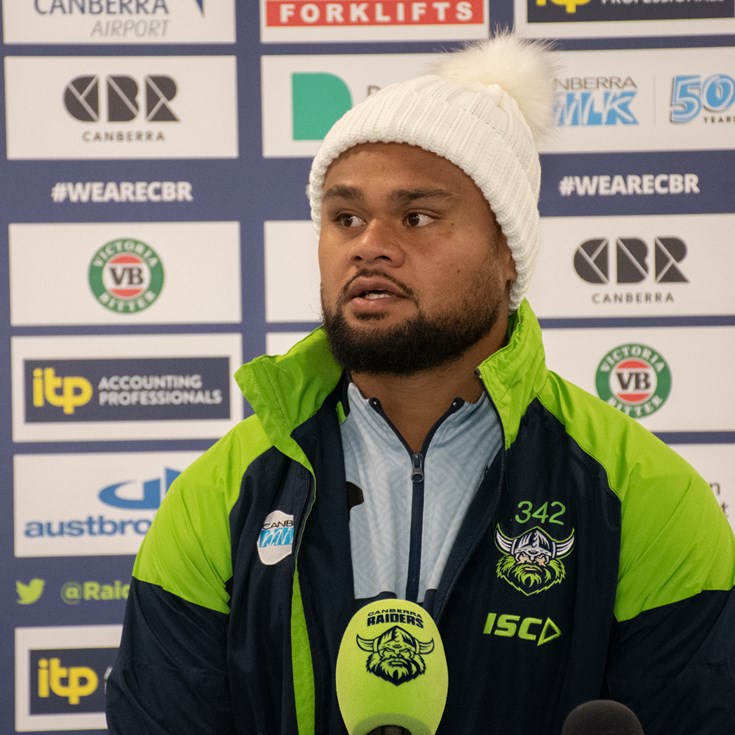 Presented By Specsavers 2 days ago
01:09