The three Raiders players who do not want a flu vaccination have the support of their teammates even if their stance hurts Canberra's ability to keep momentum going once the NRL season restarts.

International forwards Joe Tapine, Josh Papalii and Sia Soliola have signed the NRL's medical waiver, which allows them to play and train within NSW, Victoria and the ACT.

They would not be allowed to play a match in Queensland if the Raiders were to draw the Broncos, Titans or Cowboys for round three from May 28 because the state government demands all players be vaccinated.

Their absence – if that were the case – would be a big disadvantage, according to winger Jordan Rapana, for the Raiders, who enjoyed wins over the Titans and Warriors in March before the Telstra Premiership's hiatus due to the COVID-19 pandemic.

"For sure, mate. They are a big part of our team and you look at those three they are three of our key players. It definitely would," Rapana said on Wednesday.

"They are obviously part of this team. And I'd say without them we wouldn't be where we are. But I'd definitely say they will come first.

"There's a lot of uncertainty around that as of now. I haven't spoken too much to the boys individually.

"But they are grown men – that's their decisions, their beliefs – and they have my support."

Rapana: League is the sport for me

Back-rower John Bateman also chose his words carefully when asked about the issue.

"You see it in the media and I really don't want to comment. I'll leave to them as it's their personal choice," Bateman said, but added there would be an impact on the Raiders' cohesion.

"Obviously - we want them on the field as much as possible. But if that's what they believe in then so be it – we have to move on from there."

One certainty for Bateman is while the Raiders would prefer to play their home games at GIO Stadium, they will not be dropping their heads at the prospect of matches being in Sydney.

"If we use it as an excuse then it will cost us. We can't use excuses," Bateman said.

"We know what's going on in the world now and we know what it's taking to get the game up and running.

"If it means playing games in Sydney then so be it. We're a good enough team to go up and there play well so that's what we're going to do."

The Raiders are likely to be without Bateman in round three as his left shoulder is taking some time to get to game-ready after surgery in February.

Three weeks ago he told NRL.com he didn’t think he would make May 28 and he confirmed the same on Wednesday.

The 26-year-old has been experiencing some pain in the joint as he does light gym and training sessions.

"I saw the specialist last week and he went through a few things with me.

"I had an injection last Friday and that's helped settle things down a bit. We’ll go from there to try and get some full contact training in." 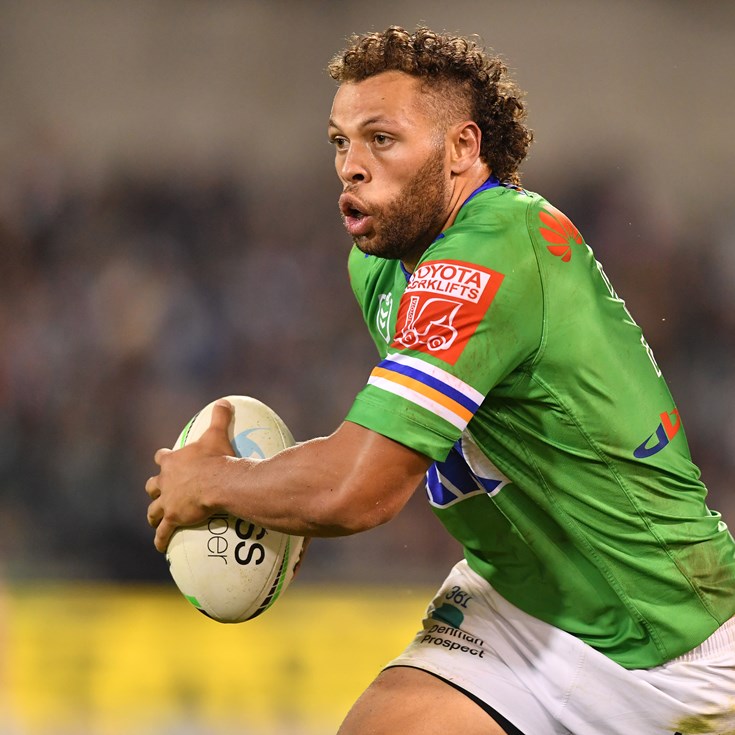