Sutton and Williams were re-united on the field for the first time since 2018 in last Saturday night's 14-6 defeat of Wests Tigers.

It was Sutton's first NRL appearance this season due to suspension and injury, while Williams has been one of the form halfbacks of the NRL in his first five matches since joining the Raiders.

"I missed playing with him," Sutton told NRL.com. "George is a talent, he is just doing things that other players can't do."

Could George Williams be the Raiders' missing piece?

"Probably not a lot of people over here have seen what he has done but in these first few games he has really opened up and he is only going to get better and better as the year goes on.

"I always knew because I have played with him for a while, he has always done these things and I have always seen them."

The pair grew up in rugby league mad town of Wigan and began playing together in the local junior competition more than a decade ago before graduating to the Warriors academy and Super League teams.

Williams posted a photo after the game of him and Sutton as 14-year-olds for Ince Rose Bridge, as well as one of the pair wearing lime Canberra jerseys for the first time in the same match.

Also so good to play with my man @ryansuttonn. First @NRL game together after playing together since being 14 year old kids #day1s pic.twitter.com/G8h8wPUuBB

With Sutton part of the Raiders squad that qualified for last season's grand final, it is not surprising that Canberra coach Ricky Stuart spoke to him about Williams before chasing his signature.

Sutton told him the England playmaker would complement five-eighth Jack Wighton in the halves and he has so far been proven right.

Williams has produced six try assists in five games – equal with Manly fullback Tom Trbojevic and Cronulla five-eighth Shaun Johnson as the most in the NRL.

"Sticky is really smart but he was asking about George and I was just honest with him. I told him he was very talented and he was going to bring a lot to the team," Sutton said.

"He is a very similar player to Jack in the sense that he is a running halfback but it is working for us at the minute with the new system and whatnot."

While the pair are enjoying life in the Australian capital, they remain in regular contact with family and friends in Wigan, and Sutton said their former Wigan team-mates were looking forward to the resumption of Super League.

Every try from round 5

When the season does re-start, it could look different as the RFL Laws Committee has proposed scrapping scrums for this year and adopting the NRL's six-again rule.

"I think it is going to be good because it will speed the game up," Sutton said of the move to abolish scrums for the remainder of the season.

"The more that they can do the same as we are doing here the better because it is going to be good for international rugby as well."

The move to ban scrums follows advise from England Health officials that if a player who had packed down in a scrum contracted COVID-19 every team-mate or opponent who had been in a scrum with him would need to be quarantined.

Ryan Sutton on the signing of George Williams

The Super League season was suspended on March 15 and with English Premier League re-starting this week it has been proposed that the competition resume on August 2.

"I have been chatting to the Wigan boys and they are just looking forward to getting back now. It is a tough time over there," Sutton said.

"Obviously my family is over there and it's not the best situation they are in over there but everyone is coping and they are just getting back to normality.

"My family is fine, mum and dad are still working so that is a good thing, and they are all in good health." 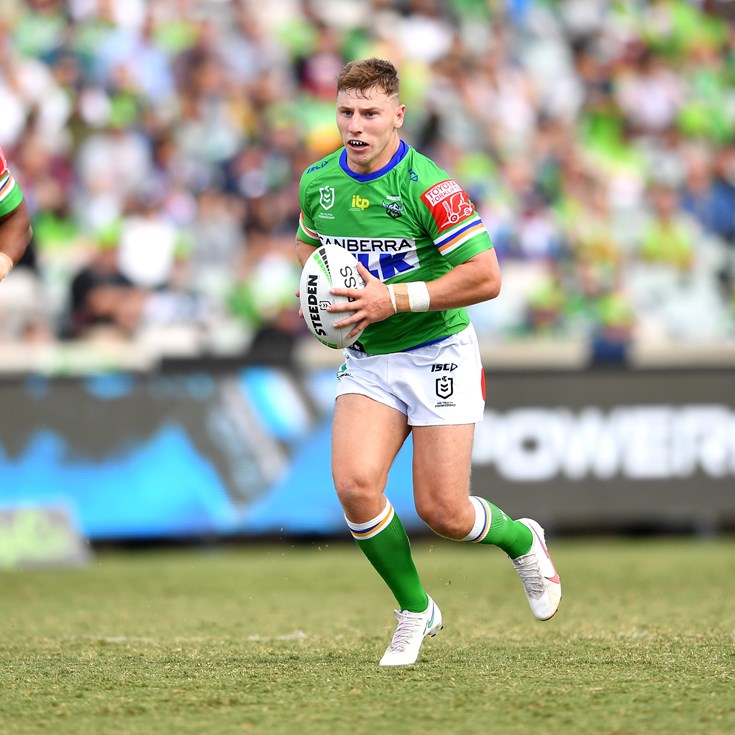