In the Maroons corner, NRL.com reporter Chris Kennedy reckons Queensland are ready to do what they do best and add another chapter to their long list of memorable upsets.

In the latest For & Against, NSW's pursuit of a third straight Ampol State of Origin series win is the topic up for discussion.

The Blues will rightly start favourites for this year's series, and they go in as a much more experienced side than Queensland.

So many of the NSW line-up have been there before in comparison with the Queensland side while even the Blues' Origin rookies are mostly experienced at NRL level with plenty of big-game experience and strong 2020 form behind them.

The depth of the squad is also far better than for Queensland.

If you look at key players, the 1-6-7-9, Queensland are pretty strong there with Cherry-Evans and Munster in the halves. Friend is a very experienced player at NRL level but he and Brimson are both Origin rookies.

But if you look at NSW, even though Keary has yet to play Origin, all three of Tedesco, Cleary and Cook are very established at this level and just about the best players in their respective positions so NSW are very well placed in terms of playmakers.

Then you look at the coaches. It's been quite a while since Wayne Bennett has coached at Origin level; I'm certainly not saying he's lost it by any stretch but Fittler and his crew have had great success the last two years.

They will get great confidence from what they've done and NSW have a new mentality about them.

That is shown by the way they scored the winning try in last year's series; I'm not sure if NSW teams in the past would have been brave enough to go for it the way the Blues did last year and that's a reflection of the way they're coached.

Fittler has a very simple philosophy – he just wants his team to play.

That shows in the way he approaches the game, which is the same way he approached it as a player. He lets their talent and ability come to fore and encourages them to play that way and it's served them very well

Although they did it the hard way last year in game one, there have been some really strong advances in their style in regards to the way NSW play Origin under Fittler's coaching.

They play with a real Origin mentality – you want your team to be as good in the 80th minutes as the eighth.

He's really on top of things with the way he prepares the side and his selection process too. NSW have made big improvements there in the way form has been rewarded.

Incumbency is still important but it's certainly not the be-all and end-all. It's been quite refreshing what’s happened the last two years with NSW and hopefully it continues for a while yet.

They're poised to make it three series in a row which hasn't happened for quite a while.

This is what Origin is all about and Queensland are right where they want to be – written off and with their backs to the wall.

Forget about the 13 years the Maroons were all but invincible and forget about the dominance of the free-wheeling Blues for the few years prior to that. This is Queensland in the '80s, this is the fabric of Origin.

Wayne Bennett and Mal Meninga at the helm, a group of players thrown together, some with less than a year in first grade, others plucked virtually from reserve grade.

The Blues won just two series in the first decade of Origin's existence and it's not because the Maroons had a superior team on paper every year.

They have 1995, when Fatty's Nobodies sprung one of the greatest upsets in Origin history. Shredded by the absence of all their superstar Super League-aligned players, rookie coach Paul Vautin guided Queensland to a miraculous 3-0 series sweep.

They have 2001; coming off their worst-ever Origin loss they brought back Bennett and he turned the team list on its head with nine debutants, from future legend Petero Civoniceva to unheralded Cowboy John Doyle, from tyro Carl Webb to speedster Chris Walker, to engineer one of the most remarkable Origin series wins of all time.

That Bennett-Meninga combination is a potent one. Meninga was part of that incredible Maroons generation alongside Wally Lewis, Allan Langer, Vautin, Chris Close, Colin Scott, Greg Dowling and Greg Conescu before coaching the greatest Origin side ever to eight straight wins while Bennett only lost one more series from five after going down 3-0 in his 1987 Origin coaching debut.

A greater Origin coaching dream team you could not assemble.

And let's not forget this Maroons squad is better than people are giving it credit for. Yes, Kalyn Ponga and Michael Morgan head a host of unavailable backline stars, including likely starters Val Holmes (for game one) and Corey Allan plus Kyle Feldt, Corey Oates and Moses Mbye, which leaves the three-quarter line looking skinny.

But Cherry-Evans and Munster are the current Kangaroos halves, and Munster is one of five players in the starting 13 who just won a grand final with Melbourne.

Fullback AJ Brimson was one of the form players in the NRL through the second half of the season, Josh Papalii was the game's best prop this year, and the likes of Tino Fa'asuamaleaui and Lindsay Collins will bring the fire and brimstone. 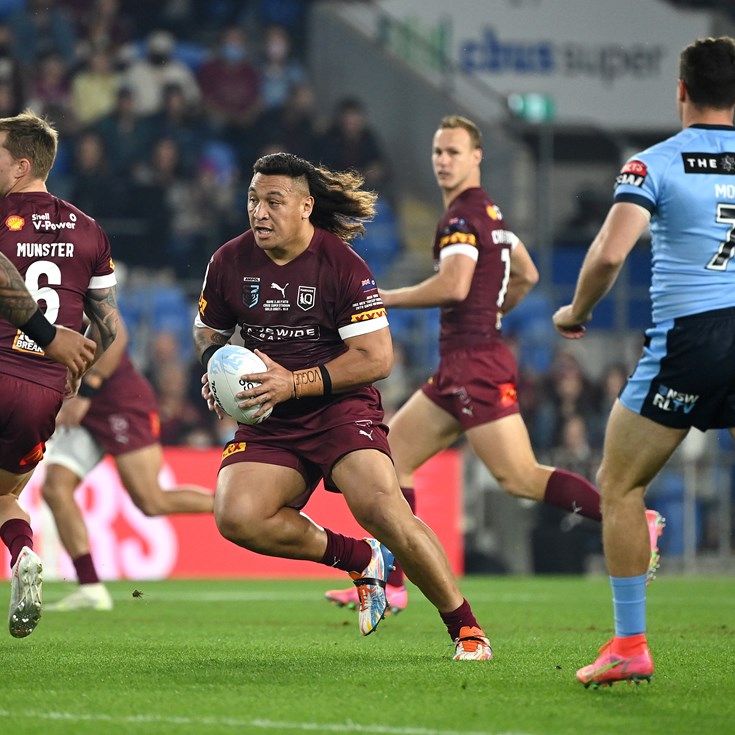