Canberra Raiders star Jordan Rapana has agreed to a new two-year deal with the club, which will see him remain a Raider until the end of 2023.

Rapana has been back to his best this season and recently surpassed 150 matches for the club, in a career that started for the Titans in 2008, before linking up with the Raiders in 2014.

After a brief stint in Japanese rugby following the 2019 NRL season, the 2017 Dally M Winger of the year re-joined the Raiders early in 2020 and has continued to be a mainstay of the Raiders NRL line-up.

Rapana has proven his versatility to the team this season after shifting to fullback to cover injury and has been a crucial part of the Raiders surge towards a possible finals finish.

After committing for a further two seasons Rapana said he’s enjoying his football and is hoping to continue his strong form and help the next crop of Raiders in their development.

“I’m really happy to have been able to re-sign with the club for two more years as I love the Raiders and Canberra is my home,” Rapana said. “I’m really excited about what the team can achieve over the next few seasons and I’m looking forward to being a part of that and helping the younger guys who have stepped up this season take their games to the next level.”

Raiders CEO Don Furner said Rapana’s re-signing gives the Raiders an experienced star in the backline and said the news was sure to be popular among the squad and the club’s members and fans.

“Jordan gives everything every time he takes the field and has proven this season what an important part of our squad he is,” Furner said. “He’s had a wonderful season and has proven that he is among the games best finishers. I know he’s also a very popular member of the squad and he’s much loved by the Raiders fanbase.” 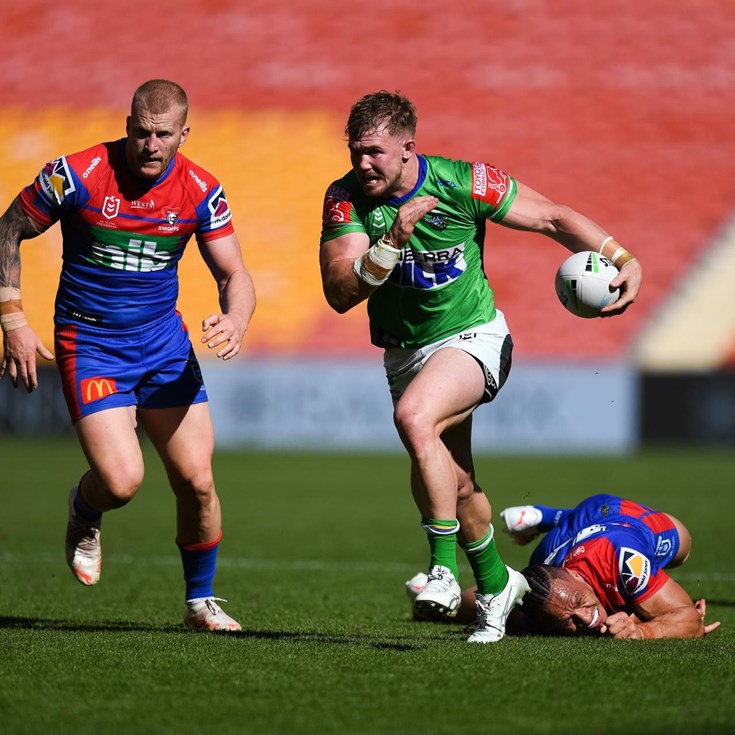 Presented By Canberra Imaging 3 weeks ago