The Canberra Raiders will have six teams representing the club in season 2022, with the Raiders welcoming back both NSW Cup and Jersey Flegg (under 21s) teams in 2022.

Both teams will play in their respective NSW Rugby League competitions in 2022, with the Raiders also fielding sides in the NSW junior representative competitions with SG Ball Cup (under 19s), Harold Matthews Cup (under 17’s) and Tarsha Gale Cup (female under 18s).

Raiders Head Coach Ricky Stuart has used the inclusion of the extra team to help bolster his coaching ranks at NRL level, with Mick Crawley returning to Canberra to assist at NRL level and coach the Jersey Flegg team, while Joel Carbone will also have dual roles as an assistant for NRL as well as coaching the NSW Cup team. Package name:
Gold Grandstand
Package price:
From 310 for per adult

The Raiders High performance staff has also undergone some changes for 2022, with Jeremy Hickmans starting as the clubs New Head of Physical Performance. Hickmans brings a wealth of both NRL and high-performance coaching to the club. Blake Duncan also joins the club as NRL rehabilitation coach. 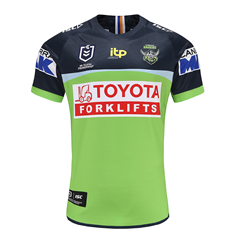