Now in his third stint with the Canberra Raiders, Sam Williams be aiming to win an NRL place for the 2018 season.

Having come through the Canberra Raiders junior pathways, Williams has made over 100 professional rugby league appearances at Super League and NRL level.

During his last stint with the club, Williams performed well when opportunities arose as his kicking game and game management skills were on display.

Williams was named as the 2016 Intrust Super Premiership NSW Player of the Year for his outstanding performances for the Raiders’ affiliate club, Mounties.

Sam was a reliable performer in 2018 as he began his third stint with the club. Noted for his kicking game, Sam produced the equal highest number of 40/20s in the NRL last year with two. Podcast: Behind the limelight, Sam Williams and Todd Payten

PODCAST: Behind the Limelight - Gubb, Williams and Tongue 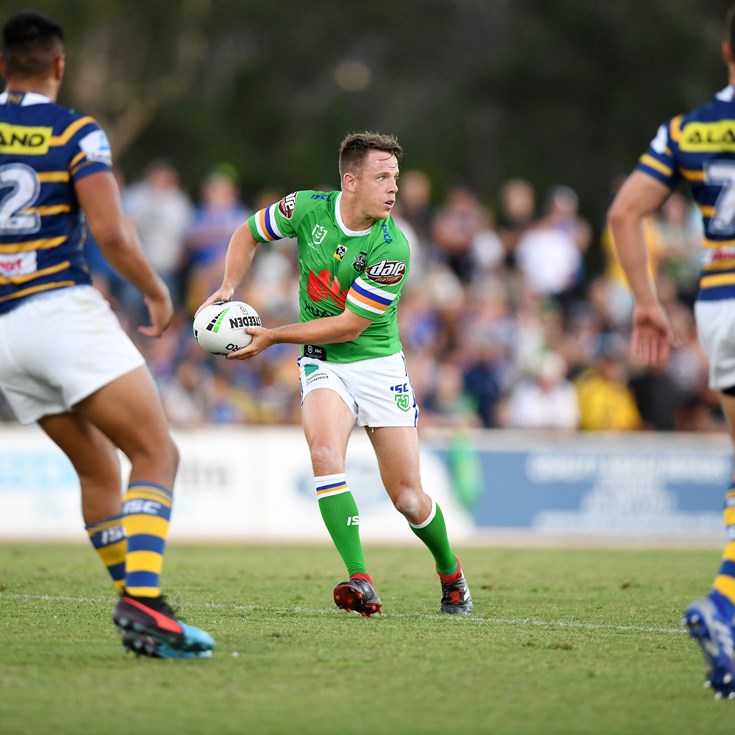