The Canberra Raiders SG Ball team finished the regular season minor premiers and will have the opportunity to advance into week three of the finals, when they play the Manly Warringah Sea Eagles in week one of the finals this weekend.

A win against Manly will see the Raiders secure a week off in round two of semi-final action, while a loss will see them enter a sudden death play-off.

Despite finishing the season as minor premiers, the Raiders are under no illusion that the road to a possible premiership will be an easy one and Saturday’s match against Manly will be another hurdle in what has been a character building season.

The Raiders commenced the year missing several players out of their regular squad and Coach Dean Souter said this has only helped the team prepare for the pressures of finals football.

“A point of difference with us in our preparation for the finals was the chance to test the depth of the squad through some adversity,” Souter said. “This gave us a chance to play a number of players and we now know where our strengths and weaknesses lie and we can address these during the finals.”

Souter said the club is very proud of the team’s achievements over a long period, but conceded the job was nowhere near finished and there was still plenty of work to do what they have set out to achieve.

“We’re very proud of the group. They’ve been in the junior system for a long time now and we know how hard they have worked to earn the right to play in the finals,” Souter said. “We will remain focussed on what we need to achieve this weekend and we won’t be looking past that. We’ve earned the right to compete and nothing more than that.”

The Raiders will face a determined Manly side this weekend that finished fourth on the ladder after winning six of their nine round matches and Souter said they will be very dangerous.

“We played them in a trial but can’t draw much from that,” Souter said. “They have a very talented team right across the park and we’ll need to be at our best to beat them.” 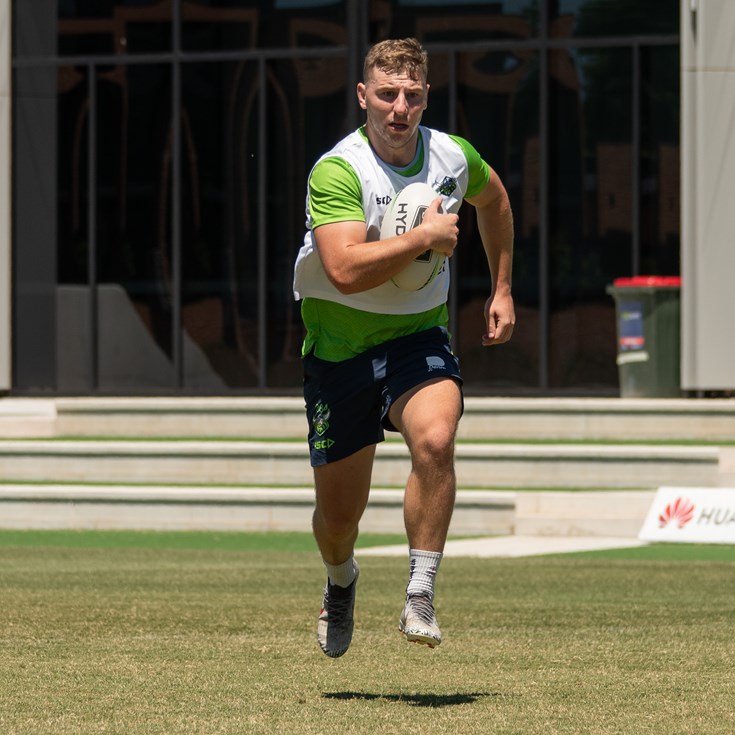