The Bulls put on an absolute clinic in Round 6, running in 11 tries through some flimsy Scholars’ defence.

The victory by Gungahlin was their fifth straight win and a clear sign that the coaching regime under former Raiders Lincoln Withers, David Howell and Troy Thompson, is doing wonders for the club.

“We [coaches] are all working well together, we played together and are good mates,” said Howell, who scored two tries at centre.

“We're trying to develop the club and build a good culture; we're making sure it's not about us.

“No win is to be expected, we still had to turn up today and concentrate on us, and it showed out there.”

Evasive fullback Dwayne Connors starred in the victory with a hat-trick of tries, whilst five-eighth Chris Thorely racked up 22 points against his former club after scoring a try and slotting eight conversions.

The Queanbeyan Kangaroos have delivered arguably their finest performance of the year to comprehensively defeat 2014 Runner’s Up, the Goulburn Workers Bulldogs.

In front of a parochial home crowd, the Roos completely outplayed a disappointing Bulldogs outfit six-tries-to-two.

Queanbeyan has been forced to restructure their line-up and subsequent team cohesion this year following the losses of players of the calibre of intimidating prop Matt Lewis and electric five-eighth Jordan Macey, who will re-join the club following his stint playing in the USA.

“It’s definitely a new-look side for us this year,” said back-rower Adam Pearce who has been a part of the side for four years. “We’ve got a lot of new players, including three from England.

“We know that we haven’t been playing up to our usual standard for most of the year, but we’re trying to stay confident and the win over the Bulldogs helps with that!”

The loss sees Goulburn slip to third place on the ladder behind Gungahlin and the Queanbeyan Blues.

The Queanbeyan Blues have continued their unbeaten start to their 2015 season with a 42 point victory over the Tuggeranong Bushrangers.

The defending premiers were simply a class above the hapless Bushrangers as Simon Woolford’s side continues their ruthless campaign to secure back-to-back premierships.

Canberra Region representative fullback Tom Ruediger scored a brace of tries for the Blues whilst winger Craig Wilkinson registered 14 points through a try and five conversions.

After six rounds, the Blues are ranked as the best attacking and defensive side statistically.

With fourth spot on the ladder up for grabs and with a bye to follow, this match was of vital importance to both the Rams and the Warriors with both side’s locked on the same amount of competition points leading into the clash.

After a tightly fought, yet scrappy encounter, it was Woden that prevailed winners on the back of a tenacious team effort, a double to fullback Jordan Martin and a dismal goal kicking performance by West Belconnen.

The Warriors actually scored the same amount of tries as the Rams however they were unable to convert any of their four tries.

Woden opened the scoring through a try from dummy half to Adam Lucas after 10 minutes, but West Belconnen made it 6-4 soon after  halfback Ryan Gowing crossed.

The strong running Martin targeted West Belconnen's left side all game and scored the first of his two tries midway through the first half.

Ryan McQueen replied 10 minutes later for West Belconnen to close the gap to 12-8, but Rams winger Michael Geiger pounced on a nicely weighted grubber kick to give his side a 16-8 lead at half-time.

After a try to Tori Freeman put the Warriors back into the game at 16-12, Martin delivered the killer blow when he scored his final try after again getting on the outside of West Belconnen's left edge.

West Belconnen fullback Dayne Ewings said basic errors at crucial times let his side down, but admitted his opposite number was pivotal.

“He [Martin] was pretty slippery and hard to contain at times,” he said. “We just let ourselves down with the ball, too many penalties at times when we were building momentum.”

The win sees Woden sitting in outright fourth spot on the ladder. 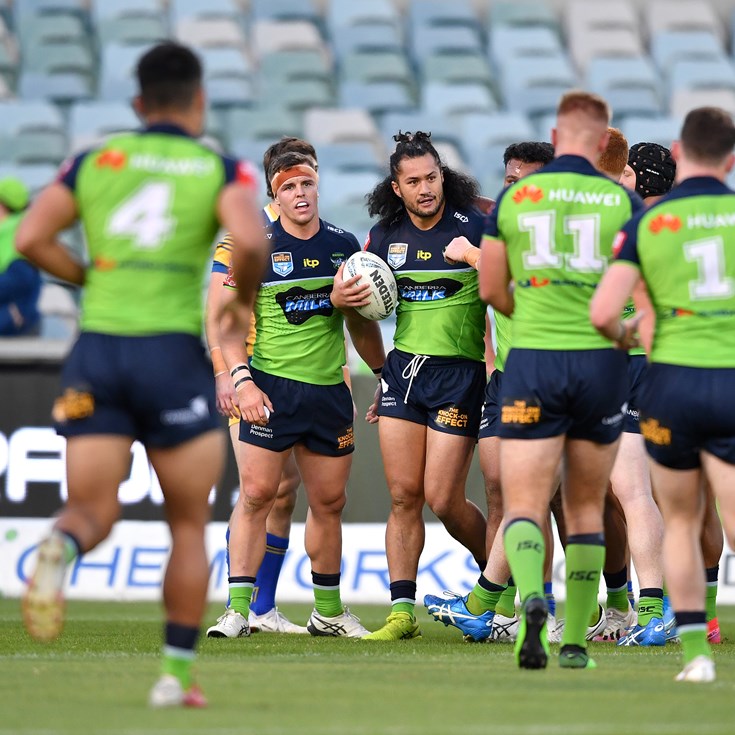