All that stands in the way of the Raiders and fourth spot on the ladder is the dangerous New Zealand Warriors at GIO Stadium on Saturday.

Read on for the list of five things we can't wait to see as the Raiders go for four straight wins against a surging Warriors outfit.

‘The Beast’ versus Jordan Rapana. The battle on the wing between Manu Vatuvei and Rapana has all the makings of a classic, with possible implications for representative selection later in the year. Vatuvei is a 28-test veteran for New Zealand and is seen as a benchmark for aspiring wingers.

Rapana declared earlier in the year his allegiance to NZ and desire to pull on the black and white jersey.

"When I signed for the Raiders I put down that I was New Zealand eligible, that's my goal and hopefully I can achieve it one day,” Rapana said.

Taming ‘The Beast’ on Saturday will be a big step in the right direction for Rapana ahead of Four Nations later in the year.

GIO Stadium ought to be reinforcing the Raiders bench for Saturday, as there’s going to be some seriously big boys occupying it for the start of the match.

With Kurt Baptiste out of action due to injury for the next month, Ricky has chosen to go with four forwards on the bench: Soliola, Vaughan, Tapine and Bateman.

It marks the first time ever in Ricky's tenure at the Raiders that he has named an all back/front row bench.

How the bench situation plays out on Saturday will be very interesting to see. Raiders fans were spoilt at the start of the season with four triple-headers in the first four home games. The triple-header is back this Saturday, as the Mounties return for their first game at GIO Stadium since April.

Even better is the fact that it’s a top of the table clash between the Mounties and Warriors. Don’t miss out on the opportunity to see the next wave of Raiders stars - including Lachlan Croker and Kato Ottio - as the Mounties seek to maintain their grasp on the ISP minor premiership.

Air Kato back in action at GIO Stadium on Saturday. Mounties kick-off 12.40pm. 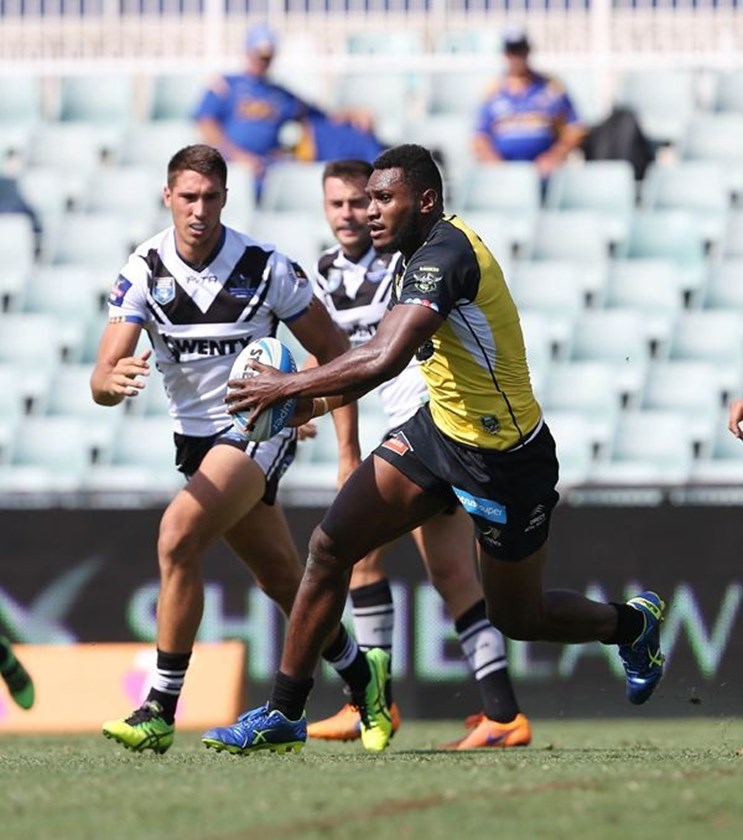 Barring a draw between the Bulldogs and Cowboys on Thursday night, a win by the Raiders over the Warriors will see them leapfrog the loser of the Bulldogs v Cowboys game and into fourth spot on the ladder.

The last time the Raiders were in fourth spot or higher this late in a season? A quick glance through the stat handbook tells us it was way back in 2003 when the Raiders were on 30 points and equal ladder leaders with the Bulldogs. There’s still seven games left in the season, but a win on Saturday puts the Raiders in a perfect position as the charge to the finals heats up.

Make sure you are at GIO Stadium on Saturday to cheer along the green machine and help them defeat the Warriors!

What do you think? Is there anything else you can’t wait to see on Saturday? Head over to our Facebook page and let us know!

Highlights from the last time the Raiders met the Warriors in Round 11.