There's a large Raiders contingent heading to the Dally M awards tonight in Sydney and chances are a few of them will be bringing some silverware home.

Check out our full guide to tonight's festivities below.

Who's in with a chance? Josh Hodgson.

The Raiders star Hooker was two points behind the lead in the Dally M voting when it went behind closed doors. The Storm duo of Smith and Cronk occupied the top of the leaderboard and look the most likely to challenge for the award.

A one-game suspension for a dangerous tackle in Round 23 against the Storm meant Hodgson was deducted three Dally M points, which could prove crucial in the final counting.

Who's in with a chance? Ricky Stuart.

Very few would have predicted the Raiders would finish the season in second place and fall just one game short of making it into the grand final.

The work Ricky has done in turning the Raiders around and setting the NRL world alight with an exciting brand of football makes him a leading contender for coach of the year.

Captain of the Year

Who's in with a chance? Jarrod Croker.

In just his second year as captain, Croker is a strong chance at usurping veteran's Smith, Gallen and Thurston for the captain of the year award.

Croker is a runaway winner of the 2016 top point scorer award, finishing the season with a club record 276 points. This will be the second year in a row Croker has collected the award.

Winger of the Year

Who's in with a chance? Jordan Rapana.

Rapana's incredible season should see him collect the winger of the year award tonight. Panthers and Blues flyer Josh Mansour looms as his biggest challenger to the title.

Centre of the Year

Who's in with a chance? Jarrod Croker and Joey Leilua.

It appears to be a two-man race for the Dally M centre of the year, with Joey Leilua and Jarrod Croker the standouts.

Five-Eighth of the Year

Who's in with a chance? Blake Austin

Who's in with a chance? Josh Papalii.

Raiders Meninga Medal winner Josh Papalii has put together the best season of his career this year, and is a solid chance of claiming the second-rower of the year. Josh Jackson is reigning winner, with Wade Graham, Matt Gillett and Tyson Frizell all having strong claims for the award.

Hooker of the Year

Who's in with a chance? Josh Hodgson.

A brilliant sophmore year by Hodgson in the NRL has him in with a very strong shot at claiming the hooker of the year award. Storm stalwart Smith is the closest challenger.

Who's in with a chance? Jarrod Croker and Josh Hodgson.

The Provan Summons Medal is the people's choice award for the best NRL player of the season. Thurston has won the award the past two years. Fan favourites Hodgson and Croker are likely to poll very high and could knock Thurston off his perch this year.

Raiders clubman of the year Sia Soliola is a finalist for the Ken Stephen Medal and will go up against Tim Mannah, Joel Thompson and Kane Evans for the prestigious award. The Ken Stephen Medal recognises the efforts of an NRL player who has not only achieved success and leadership on-field, but contributed to community projects off-field to make a positive difference and change.

The Dally M Awards are live on Fox Sports Channel 501 from 8.30pm. If you don't have Fox, updates from the night will be on the Raiders Twitter, Facebook and Instagram pages. 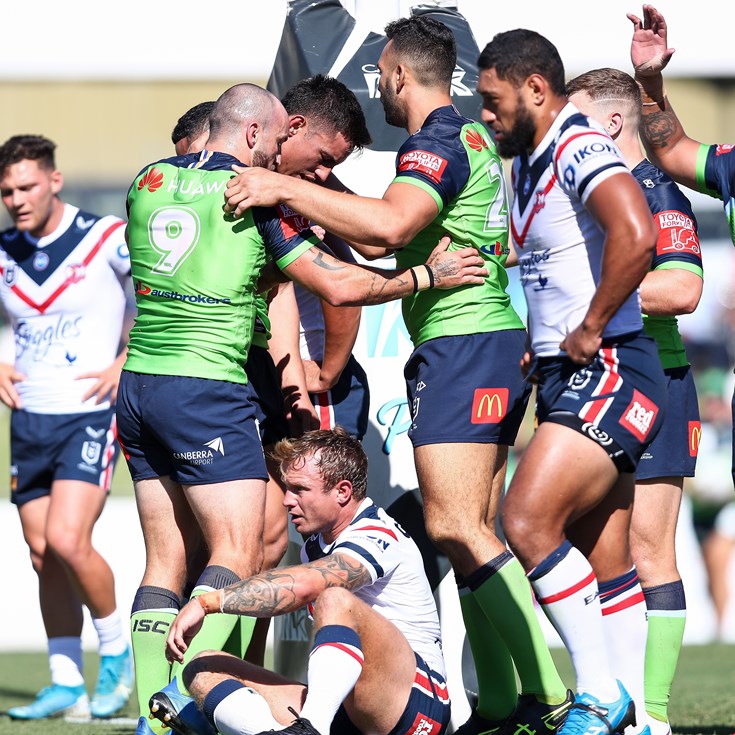