The Canberra Raiders have a huge season planned for 2018, with a family friendly draw and a series of blockbuster matches scheduled for GIO Stadium.

The Raiders 2018 campaign kicks off with a trip to the Gold Coast in round one to face the Titans, before the Green Machine returns home in round two to face the Newcastle Knights in the first home game of the season.

The Raiders follow up this match with another three home matches across the next month, with the Warriors, Bulldogs and Eels all set to make the trip to GIO Stadium.

In a huge bonus for Raiders members, all 25 rounds for the season have been allocated times and dates, so members can see when and where the team is playing all season!

Some of the Key take-outs from the draw include: 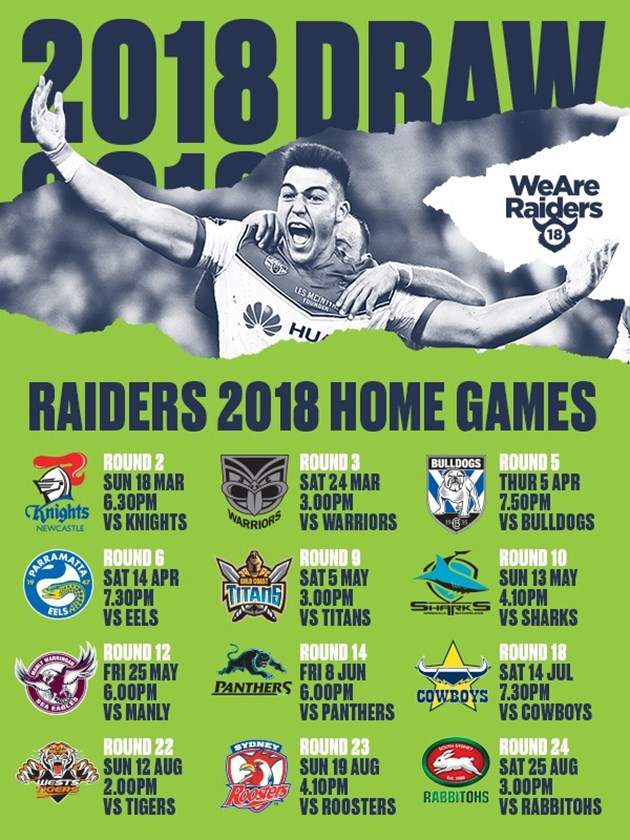