The Canberra Raiders have gone down to the Manly Sea Eagles 32-16 at Lottoland on Saturday night.

Three minutes in and the alarm bells were ringing when Sea Eagles winger Akuila Uate found himself going for the corner only for a try saving tackle from Nick Cotric taking Uate into touch.

The following set saw Siliva Havili turn Sia Soliola underneath and the big man proved too strong barging over under the posts from 10 metres out to open the scoring within five minutes played.

Three tries in the space of five minutes saw the Sea Eagles make the score 18-6 midway through the first half with Tom Trbojevic playing his hand in two and scoring another.

A penalty goal by Cherry Evans with 20 minutes to play in the first half saw Manly extend their lead to 14.

A Tom Trbojevic cut-out pass to Matthew Wright saw the Sea Eagles grab their fourth try with 15 minutes remaining in the first half.

A massive defensive play by Jarrod Croker denied almost a sure try with the centre forcing the ball loose just short of the line.

A penalty goal was the first scoring play of the second half with another penalty in front of the posts saw the score extended to 28-6.

Some brute strength was on show again from the Canberra captain when Croker forced his way over two defenders to touch down in the corner with 25 minutes to play.

An insertion of pace from fullback Jack Wighton in the next set of six saw him slice through the line and go over untouched out wide to reduce the gap to two converted tries.

Yet another Tom Trbojevic assist saw him basketball pass over the top to an unmarked Matthew Wright who grabbed his second going over untouched. 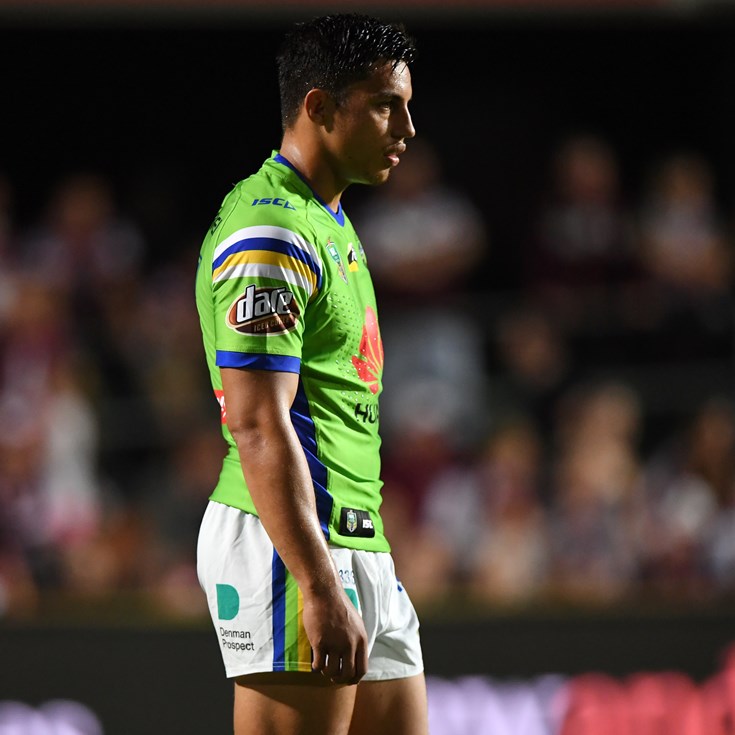