Canberra made life difficult for themselves, but in the end did enough to grind out a 18-8 win over North Queensland on Saturday night.

Coach Ricky Stuart was proud of his side, but disappointed with conceding nine penalties as well as 12 errors.

The Raiders scored three tries to two, but their sensational goal-line defence proved to be the difference.

"The amount of possession we turned over... we just kept making it easier for them and harder for us," Stuart said.

"We had to play for 80 minutes tonight and we spoke about that all week... it's what's been letting us down all season, playing in patches.

"I'm so proud of how we won tonight, because it was on the back of individual effort, the contribution of every individual out there was a bonus for the whole team result."

Captain Jarrod Croker was pleased that his side showed more commitment across the park than in previous rounds.

"Last week we didn't start the game well, we didn't get off the line together... we had to address that, our line speed and intent," he said.

"It's been a common theme in our wins we've started well, and there's probably been a patch toward the end of the game where we've either let a side back in or really switched on for the last 15 to 20 minutes."

Stuart called on his players to replicate the effort they showed in Townsville in every game if they are to feature in the top eight come September.

"When I know we've got that in us and I don't get it, that's what makes me upset and disappointed after games," he said. 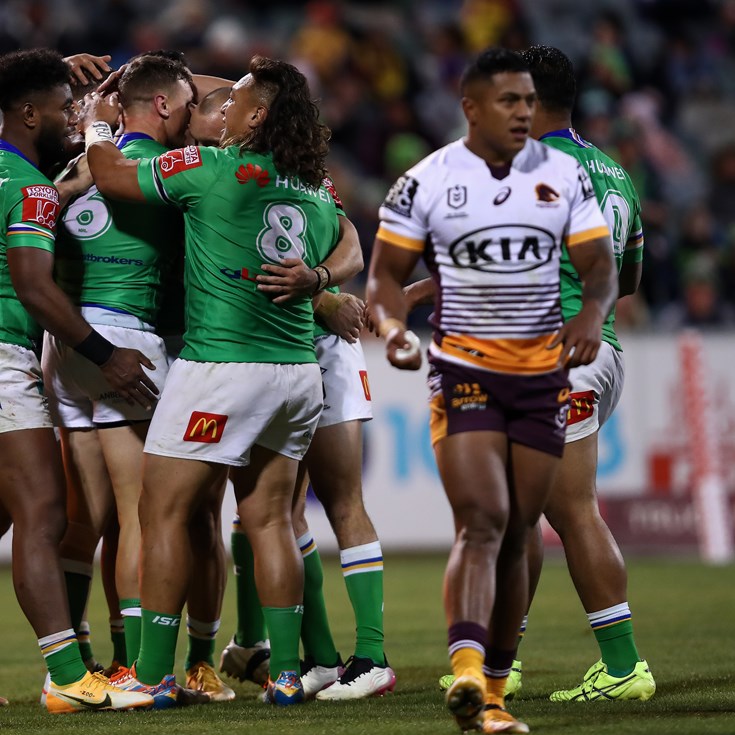