The Raiders return to GIO Stadium this week to face the Manly Warringah Sea Eagles for the second time this season. Here are five things to watch out for on Friday.

Is there a better way to finish the work week than watching the Raiders at GIO Stadium?

The 6pm Friday kick off provides the perfect opportunity to finish work early and head down to the ground to watch the Canberra Raiders, and hopefully finish the week with a win.

So, tell your boss that you'll need to head off early and come on down in your Lime Green to cheer on the Canberra Raiders.

During halftime of Friday night's clash, the ActewAGL All-Stars will take on the Forever Green side in a touch football match.

Former captain Alan Tongue and the Raiders' leading try scorer Jason Croker, will headline the ActewAGL All-Stars, while the Forever Green side which will be announced later today.

It will be great to watch some of the legends of the club run out on to GIO Stadium once again.

When the Raiders played Manly earlier in the season they were comprehensively beaten 32-16 at Lottoland.

The Raiders also lost twice in golden point against Manly last season but back on home turf, Canberra will be looking to come out firing to avenge their Round 4 loss.

The Green Machine can take confidence from their big win over the Titans three weeks ago, where they successfully hit back against the Gold Coast after losing to them in Round 1.

Too much footy is never enough.

After the Raiders play the Sea Eagles, the Valley Dragons will take on Goulburn at GIO Stadium in the Canberra Region Rugby League, Katrina Fanning Shield.

This clash from the ladies' tackle competition will start after the NRL match finishes so make sure you stick around after the first game to watch a second entertaining match.

Battle of the Fullbacks

This week we're treated to a battle between two of the most exciting young fullbacks in the game, Jack Wighton and Tom Trbojevic.

Both fullbacks have six try assists and two tries to their name with Wighton having the superior tackling efficiency percentage but Trbojevic leading 9-2 in line breaks.

The last time these two fullbacks met, they scored a try a piece and it will certainly be one of the highlights of Friday's game. 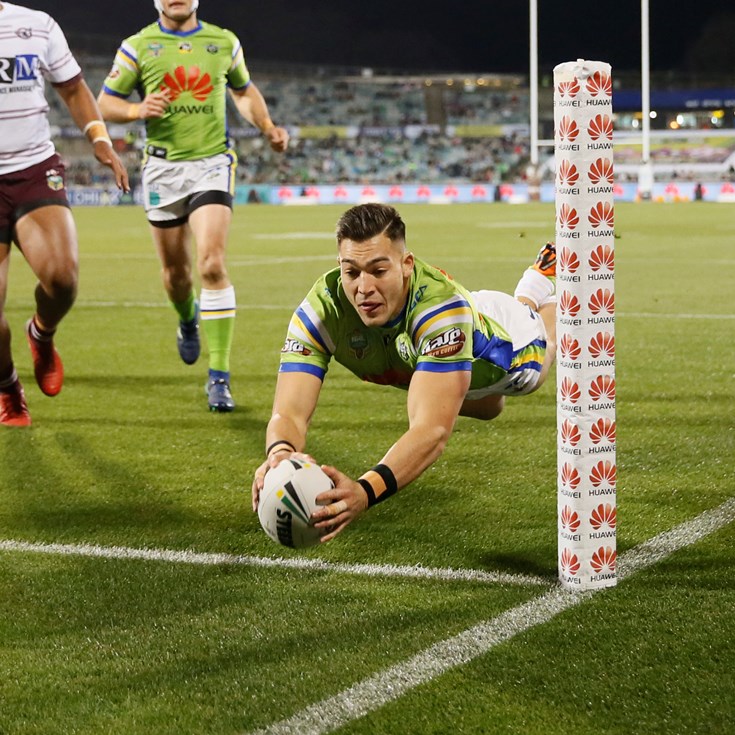 Vote Now: Man of the Match Round 12

Forever Green: Where are they now? - Jason Croker